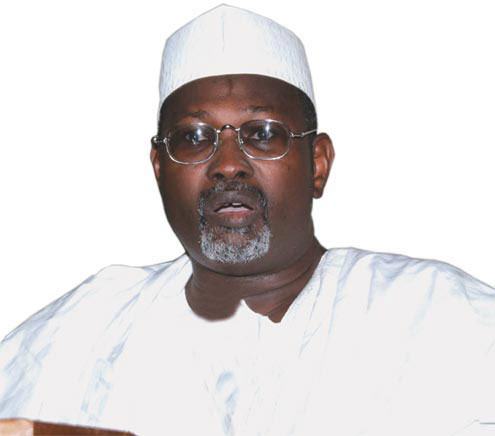 The Chairman, Independent National Electoral Commission, INEC, Prof. Attahiru Jega,Â  has said that he will resign if there is too much pressure on him on the 2011Â  general election.

Speaking in an interview with the British Broadcasting Corporation, BBC, (HausaÂ  Service) monitored in Lagos, he said: â€œNo one has so far has approached me with anyÂ  impossible demand yet.Â  I pray that such would never happen.

â€œSince the day I assumed office no one has asked me to do anything against my wishÂ  and hope it will neverÂ  happen because if I am asked to do the wrong thing, GodÂ  knows I will never do it. I will never do anything that will make me go against theÂ  Code of Conduct and that is why I accepted this job.

â€œSo, I swore with the Holy Qurâ€™an that I will do the job sincerely and truthfullyÂ  and there is nothing that will make me do otherwise. I assure the people that INECÂ  as an institution would never compromise. We will organise a credible election.â€

He insisted that no one would be allowed to manipulate the election, warning thatÂ  anyone who tries it would face the law.

On the controversy that trailed his trip to Bayelsa State in company of PresidentÂ  Goodluck Jonathan to flag off the on-going voter registration exercise, Jega saidÂ  nothing was wrong with traveling there with Jonathan.

â€œMy obligation as INEC chairman is to suppervise the registration of voters. I wasÂ  there not because he is a presidential candidate but,because he is the President andÂ  we must accord him that respect given to him by God,â€ Jega said.

Furthermore, he said there was need for Mr. President to register in his ward inÂ  Bayelsa because it was not possible for him to do it in Abuja.

Asked if the commission will extend similar courtesy to other presidentialÂ  candidates, he said: â€œBut remember, you said the President went to Bayelsa andÂ  flagged off the voter registration exercise. That is different from a candidateÂ  inviting me to flag it off. No matter who the President is, we must give him thatÂ  respect.â€