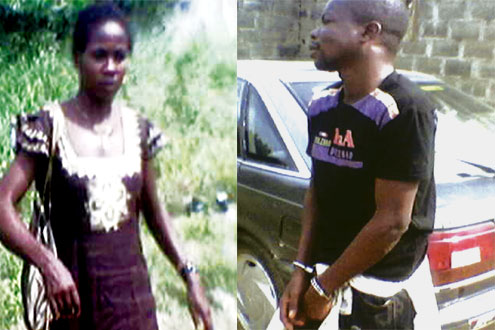 A jilted lover has been arrested by the police at Isheri Oshun, Lagos for allegedlyÂ  setting his girlfriendâ€™s shop ablaze because she refused to marry him.

The seemly frustrated man carried out the act after fruitless attempt to convinceÂ  her to marry him.

P.M.NEWS gathered that Margaret was once married to a man who abandoned her with twoÂ  kids and went abroad where he has remained for many years now. Since then, theÂ  husband has not contacted her.

While facing the agony of taking care of the two children the husband left behind,Â  Nsidibe approached her and told her that he wanted to marry her.

P.M.NEWS gathered from the victim that she toldÂ  him to leave her alone because ofÂ  the trauma she was going through. But the defendant could not hear any of herÂ  excuses and along the line, started to threaten her life, which she reported to theÂ  police.

Margaret told P.M.NEWS that on the day of the incident, Nsidibe came to her shopÂ  where she was doing her fashion design business and poured petrol and burnt theÂ  place. But before the fire could be extinguished, everything in the shop had beenÂ  destroyed.Â  After committing the act, he escaped.

He was later arrested by the police who preferred a charge of arson against him.

He was arraigned in the magistrateâ€™s court at Ejigbo.

The offence he committed was said to be contrary to section 443 and 451 of theÂ  Criminal Code.

When he was arraigned before the presiding magistrate, Mrs. S.O. Solebo, she notedÂ  that the offence he committed was a capital offence and ordered that the policeÂ  should take him to the high court at Ikeja.