Who Is Responsible For Toyin Aimakuâ€™s Pregnancy? 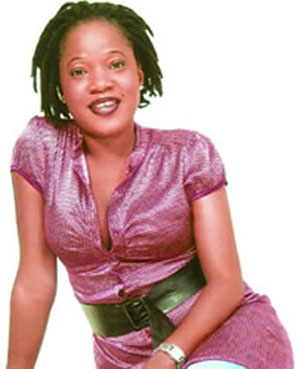 Fast-rising Yoruba actress, Toyin Aimaku, has eventually confessed that she is pregnant, but there isÂ  some controversy surrounding the issue.

For some time, the Edo State-born actress has been introducingÂ  Mr. Yomi Solanke to friends andÂ  colleagues as her husband. On her facebook profile, the actress uploaded series of pictures that sheÂ  and Yomi took during an event she claimed was their traditional wedding.

She even changed her status on facebook from single to married, and everybody was happy for her untilÂ  recently when things took a new twist.

Early last year, the actress suddenly changed her marital status back to single. This came as aÂ  surprise to most of her facebook friends who naturally asked to know what went wrong, but the actressÂ  claimed it was an oversight, and immediately changed it back to â€˜married.â€™

She told those who cared to listen then that her union with Yomi was still intact and nothing canÂ  separate them.

As it is now, the actress is heavily pregnant, and NollywoodReel can authoritatively report that YomiÂ  is not responsible for the pregnancy. As a matter of fact, Toyin and Yomi have gone their separateÂ  ways since December 2009 over allegations of infidelity.

And now that Toyin is heavily pregnant, she has opened up that the man who put her in the family wayÂ  is one Kunle Soyombo. She swiftly added that she didnâ€™t get pregnant out of wedlock.