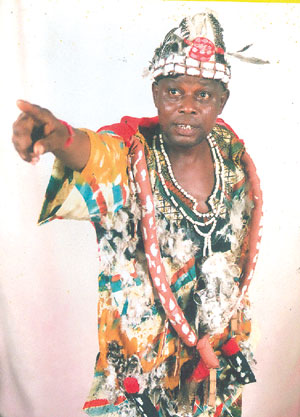 A new epic film from the stable of Chief Ademola Fabunmi will hit the shelves soon.

The story is about Oba Kere Aje, who sends his servant, Faramola on exile because he gave birth to a male child. Meanwhile, there had been revelations that the male child is destined to marry the monarchâ€™s daughter.

The monarch tries his best to prevent the revelation from coming to pass, but mysteriously, his daughter meets the man of her dreams and they marry. TheirÂ  union is the climax of the film.