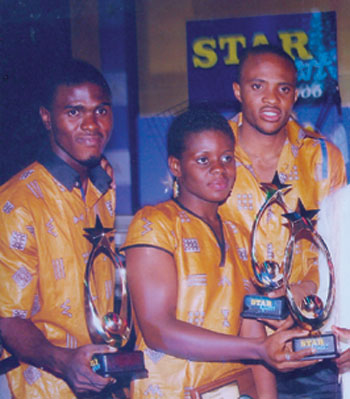 As the Nigerian Brewries Plc calls for entries into the Star Fameland in preparation for the 2011 edition of Star Quest, P.M. Entertainment can reveal that the organisers are giving out of N11 million and other prizes to a group of six persons that emerges winner of the talent hunt show.

Investigations revealed that the auditions will begin in Abuja at Riez Continental Hotel, Central Business District, Abuja, from 10 March, 2011, from where it will move to Enugu, Benin and finaly, National Arts Threatre, Iganmu, Lagos, between 22 and 25 March 2011.

The grand auditions will hold on Friday, 8 April, while the 36 sucessful contestants will enter the Fameland for the proper talent hunt programme on Saturday, 9 April 2011, while the grand finale takes place on Saturday, 7 May 2011.

According to the organisers, the 36 finalists will stay at the Fameland for four weeks, group themselves into six distinct bands, create and produce their own original music as well as perform existing songs before the grand finale.

The winning group will smile home with N7.5 million, a recording contract, N3.6 million cash, a mini van, one-year guaranteed accommodation in Lagos and participation at the upcoming Star-sponsored events, as performing artistes.