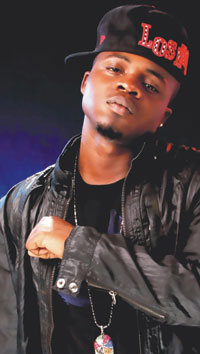 Nollywood actress, Doris Simeon, is currently on location with other movie and music stars for Ghetto Dreamz, a biopic movie plotted around the life and times of the late Yoruba lyricist, Dagrin.

Producer of the movie, Ope Banwo of Stingomania Entertainment, arrived at the choice of the cast from series of auditions held in Lagos and some parts of the Southwest states in Nigeria.

Meanwhile, contrary to initial claims that the flick will be directed by Lancelot Imasuen, it will now be directed by Doris Simonâ€™s hubby, Daniel Ademinokan.

Speaking with P.M. Entertainment on the rationale behind that decision, spokesperson of Stingomania, Jumai, said it was Lancelot that decided to quit the job.

According to her, â€œLancelot actually decided to quit because of his busy schedule. He is actually in London now for his own movie project and we could not wait for him because we want the movie to be premiered in April this year.â€

The shooting started about six days ago. Member of Moâ€™Hits music crew, Wande Coal, was among the first entertainers lined up to play the role of Dagrin.