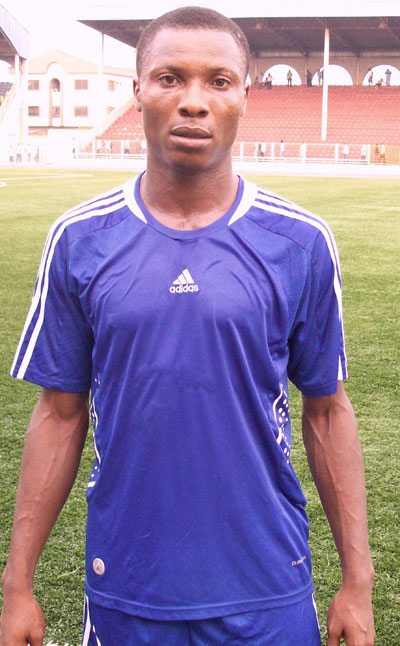 Tornadoes, led by veteran coach, Justin Tenger managed to soak the consistent pressure from their hosts until the 19th minute when defender Emmanuel Omodiagbe lashed home a back breaking shot that hanged in the right corner of the net.

Tornadoes goalkeeper, Omorege Nobas had no answer for the long range rocket shot from Omodiagbe, one of the NPL players in Super Eagles Team B.

The coach Paul Aigbogun-tutored Wolves, who were business like right from the blast of referee Sani Mohammed’s whistle, missed a chance to increase the tally when Ekigho Ehiosun’s penalty kick was stopped by goalkeeper Nobas.

Defender Ariwa Emmanuel gave the host team a last minute penalty when he handled the ball inside the box, but Ehiosun, who will join the Obama Cup bound Super Eagles in Abuja camp tomorrow wasted the opportunity.

Coaches of both teams made all their changes in the second half, but the scoreline remained unchanged.

Akpoveta Oke and Ehiosun wasted a few scoring chances created by Wolves while the scanty crowd yelled for 90 minutes as Darlington Ihejene and Afolabi Abdulameed of Tornadoes shot wide each time they had the ball deep in the other half.

While the tension soaked encounter lasted, skipper Michael Vanreg and his teammates from Niger State protected their vital area leaving their goalkeeper to cope with long shots and sometimes loose volleys from strikers Charles Omokaro and Ehiosun Ekhigo.

Due to their defensive style to the game, keeper Nobas was under pressure for greater part of the match, while his opponent in Wolves’ side, Ambrose Vansekin was partially on holiday.

Scorer of the lone goal, Omodiagbe said: “I’m happy we won the match. The victory was for Wolves, though it’s fulfilling that I scored this evening.”