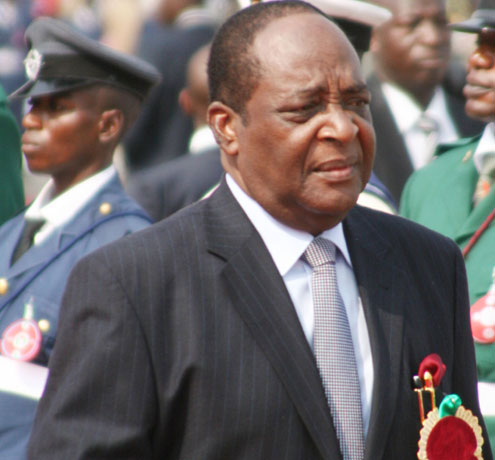 The Action Congress of Nigeria (ACN) has slammed the Peopleâ€™s Democratic Party (PDP) for submitting as part of its petition, the call logs of the President of the Court of Appeal, Justice Isa Ayo Salami, to the National Judicial Council (NJC).


The party said it was â€œselective perceptionâ€ and designed to muddle the waters.

In a statement issued in Abeokuta, Ogun State on Tuesday by its National Publicity Secretary, Alhaji Lai Mohammed, the party said the Appeal Court judgements in the cases are final, irrespective of what the ousted usurper governors are being told by their starry-eyed advisers or the buttons they are pressing at the Federal Government level.

The party warned the PDP and the colluding top Federal Government officials not to throw Nigeria into an avoidable crisis over their desperation to reverse the Appeal Court judgments on the Ekiti and Osun governorship election petitions.

â€œDespite the clandestine meetings in the highest echelon of the PDP and also involving some top officials of the federal government, the PDP cannot re-write the Nigerian Constitution just because the rulings in these cases did not favour them. Heavens did not fall when other parties lost to the PDP in many other election petition cases.

â€œAnd heavens will not fall now that the PDP has lost the cases in Ekiti and Osun, where the rigging party did not win anyway.

ACN warned, however, that should the PDP think it can re-open the cases and overturn the judgements, then it should be ready for an epic battle, the end of which no one can predict, and the consequences of which can only be imagined.

â€œWe have the strength of character, the courage and the conviction to mount a sustained campaign in defence of justice, and in defence of our mandate. We will not surrender a mandate freely given to us by the people, which was evident in the massive jubilation that greeted the rulings of the Appeal Court in both Ekiti and Osun states,â€ the party said.

Commenting on the MTN call logs insinuating a deal between ACN chieftains/lawyers and Justice Ayo Salami, as contained in the petitions by Messrs Segun Oni and Osun PDP chieftain Sunday Ojo-Williams, the party dismissed it them as â€œselective perception,â€ designed to muddle the waters.

â€œThe fact that Justice Salami is the President of the Court of Appeal does not mean he will not have a social life, or that people can no longer call him. Canâ€™t his friends, acquaintances or others even call to invite him to social sessions like weddings, birthdays and burials? Do such callsâ€”even if they are from party membersâ€”automatically translate to seeking undue favour? Why publish only calls from a few people when all the call logs during that period should have been published for all to see? This selective perception will not help the petitioners in their lost cause,â€ ACN said.