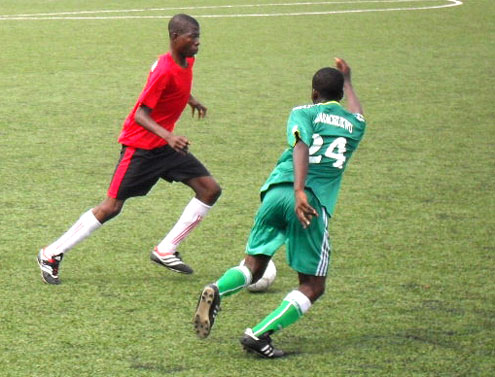 â€¢Ali Lukman of Ifako Ijaiye (left) fights for the ball with Amara Chukwu Uche of Odi-Olowo during their Lagos Junior League match.

The 20 teams that would feature in the Premier League, which kicks off later in the year have emerged. The teams qualified after participating in the Lagos Junior League, which ended at the weekend.

To qualify for the maiden edition of the Premier League, the 20 teams played a total of 13 games in their respective groups.