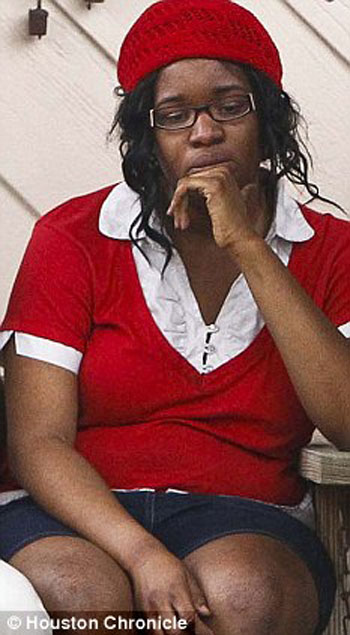 A 22-year old Nigerian girl has fled the United States of America after fire killed four kids at a daycare centre where she works.

The girl, Jessica Tata, the operator of a Houston home day care centre was charged Monday with reckless injury to a child. She fled to Nigeria after being charged, the Houston Fire Department confirmed.

Authorities said the department has asked the U.S. Marshalâ€™s Office to intervene to have Jessica Tata extradited back to Houston, reports CBS affiliate KHOU.

A warrant was issued for Tataâ€™s arrest Sunday and bond was set at $500,000. She apparently fled hours later.

Tata is charged in connection with the death of 3-year-old Shomari Dickerson.

If convicted, she could face up to 20 years in prison.

Itâ€™s not clear if Tata will face additional charges.

Tata is accused of leaving Shomari and six other toddlers alone at the day care while she went to the grocery store, according to the charging document.

â€œIâ€™m sorry, no thereâ€™s no forgiveness for anyone who makes an income watching children and has an audacity to leave them for one second,â€ Shomariâ€™s grandmother, Tracy Storms, told KHOU.

â€œSince the accident, my family has never been the same, and I donâ€™t think weâ€™ll be the same because itâ€™s very horrible,â€ said Josie Tata, Jessicaâ€™s mother.

Josie said she hasnâ€™t talked to her daughter since Friday.

Her brother wouldnâ€™t comment on her whereabouts, but said he felt sympathy for the victims.

â€œWe feel very, very bad for what happened to the families,â€ said Ron Tata. â€œWe love them and we pray for them every single day. We are opening up a benefit account.â€

Investigators believe the fire started in a pot of oil left unattended on the kitchen stove.

Two neighbours told investigators they saw Tata drive up to the day care around 2 p.m. When she opened the front door, smoke poured out and she began screaming for help.

The neighbours also said they saw groceries on the lawn and inside the van.

A source with the Houston Police Department told KHOU they have surveillance video of Tata at a nearby grocery store around the time the fire broke out.

Shomariâ€™s 2-year-old sister, MaKayla, is one of two children still hospitalised at Shriners Hospital for Children in Galveston. Both remain in critical but stable condition but are showing signs of improvement, a hospital spokeswoman JoAnn Zuniga said Sunday.

No specific information on the childrenâ€™s injuries was released. However, Dr. David Herndon, the Shriners Hospital chief of staff, said in a statement that â€œwe are very hopeful for full recovery of patients who have these types of injuries.â€