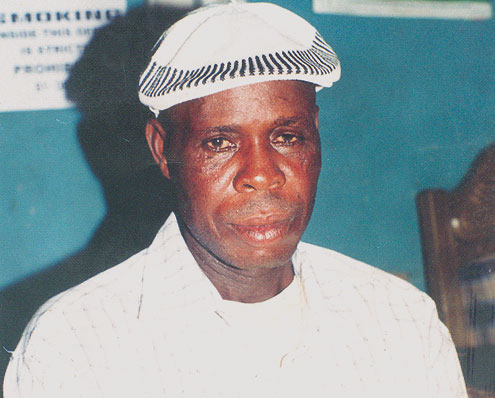 The chairman, Musbau Ogundele, a.k.a Jackman, 52, was shot by unidentified gunmen suspected to be robbers at his residence at Ikola-Odunsi on the outskirts of Lagos, Southwest Nigeria. He died before he could get help in the hospital.

P.M.NEWS gathered that the gunmen numbering eight broke into his private home around midnight and shot him dead. They carted away some money, handsets and other valuables, while they also raided some houses in the area.

The deceased is said to have three wives, Moji, Taiwo and Funmi who have at least seven children for him.

It was gathered that after he was shot, he was confirmed dead in an unnamed hospital in the area while his corpse was deposited at the Lagos State University Teaching Hospital, LASUTH mortuary.

When P.M.NEWS visited the deceasedâ€™s home yesterday, the wives and market women in the area were seen wailing, while several NURTW officials were also seen in the area in sombre mood.

An elder in the area who craved anonymity told our reporter that the deceased might have been killed by robbers because they took away some of his belongings. They described the late Ogundele as a peace loving man.

Secretary, NURTW, Ayobo Motor Park, Mr. Wakili Abidola said the deceased was loved by everybody including the market women in the area, saying that his death was very sad.

Son of the deceased, Lukman Ogundele, a student of Meiran Community Senior High School said the gunmen broke into the house and shot his father dead and also moved to neigbouring houses and robbed some people.

He said the men who killed his father looked like robbers as they made away with valuables and money.

A market woman in Ayobo area, Alhaja Ajoke Amusan described the deceased as a gentleman who would not quarrel with anybody.

A police source at Meiran Police Station told P.M.NEWS that when the incident occurred, the police responded promptly and took the deceased to the hospital before he died.

Our source suspected that the deceased might have been shot dead while struggling with the assailants and added that it might not be a robbery incident but hoodlums who carried out the act.

The source added that the deceased was shot in the collar bone and was taken to a government hospital but because the doctors were on strike, nothing could be done and he died.

When contacted, Police Public Relations Officer, PPRO, Samuel Jinadu confirmed the incident, saying that the police had beefed up security in the area and that investigation was ongoing to unravel what led to the murder of Ogundele.

He added that the baale of the area and some people had been invited by the police to explain what happened and to see if the assailants could be apprehended.