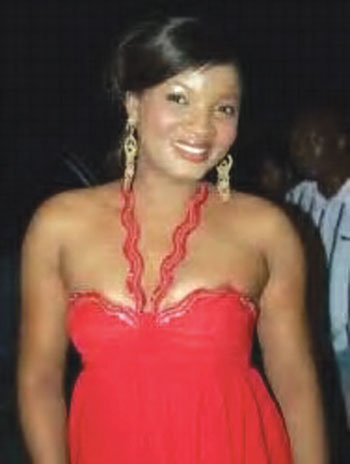 Nollywood diva Omotola Jalade-Ekeinde seems not to be losing sleep over the flak she received on her recent Grammy red carpet photo saga. While the lady is still smarting from that incident, tongues have started wagging again.

On the night of Sunday 6 March, Omotola on one of the social media, Twitter, expressed surprise that her ex-boyfriend of over 15 years is still stalking her.

In the twitter page update, the mother of four tweeted : â€œI just viewed my TOP 20 Profile STALKERS. I canâ€™t believe my EX is still checking me everydayâ€

The tweet set tongues wagging on the motive of the Nollywood star talking about an â€˜Exâ€™ while she was supposed to be happily married to her pilot husband, Captain Matthew Ekeinde.

But some fans of Omotola have come to her defence stating that there is no need for all the hoopla being raised around the actress.

According to them aside Omotolaâ€™s senior colleague Joke Jacobsâ€™ marriage, Omotolaâ€™s marriage has been described as the longest and most peaceful in the Nigeriaâ€™s entertainment industry.

Whether it is real or not, the couple have been able to weather all the storm

Last month, Omotola was involved in a controversial posture with a photo partner, B.Taylor at the last Grammy awards in the United States.