AIT Awards'll Spur Us To Do Well â€” Enyimba Boss 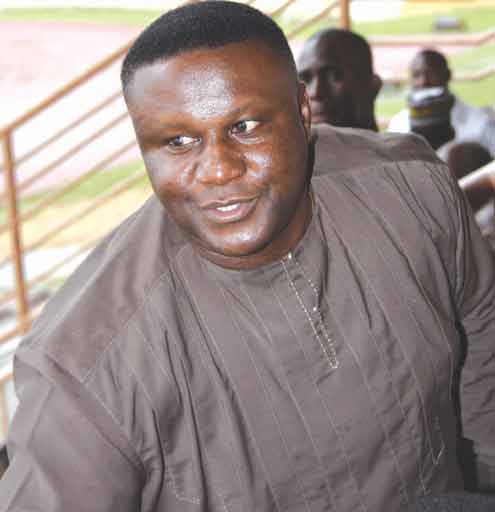 To win the Premier League club of the year, Football Administrator of the year, and club coach of the year awards is not an easy feat. It is a testament of the hard-work of everyone involved in Enyimba, most especially, the Abia State government, led by Chief Theodore Orji, without whom we would not be where we are today. We are very pleased with these awards.”

These were the words of the chairman of Enyimba Football Club of Aba, Felix Anyansi after they dominated Tuesday nightâ€™s AIT Football Awards.

The former African champions picked three top awards of the night, which included the prestigious Club of The Year award.

He said the management of the club as well as the players appreciated the recognition bestowed on Enyimba, adding that the awards would further spur the club to do well in their future endeavours.

The well attended ceremony, which took place in Port Harcourt, River StateÂ  witnessed the presence of the cream de la cream of the sports fraternity in Nigeria and beyond. The guests included, ex-internationals, officials of the National Sports Commission, NSC and Nigeria Football Federation, NFF, and government functionaries.

The defending champions swept the stakes in the club categories, emerging the Premier League Club of The Year ,while club boss, Felix Anyansi Agwu emerged the Football Administrator of The Year.

Technical Adviser, Okey Emodi picked the Club Coach of The Year award to round up a great night for Nigeriaâ€™s most successful football club.

Anyansi further thanked the organizers of the event for rewarding the people who drive football in Nigeria forward with such a remarkable awards ceremony.

The night was capped with Vincent Enyeama picking up Nigeriaâ€™s 2010 Footballer of the Year award.

Kenneth Kumbur, the Most Valuable Player, MVP of the 2010 Shell Cup competition and a member of theÂ  U-17 team that failed to qualified for Rwanda 2011 beat Stanley Okoro and Ramon Azeez to the Young Player of the Year award (male), while Loveth Ayila of the Famingoes beat Ngozi Okobu and Francesca Ordega to the female category of the Young Player of the Year award (female).

In the media category, Tana Aiyejina and Godwin Enakhena won the Football Writer and Presenter of the Year for the print and electronic media, respectively.

Tom Tom, Guinness Plc and Shell/NNPC went home with the National Team Sponsor, Football Brand and Grassroots Promoters of the Year awards respectively, while a special posthumous award was given to Chief Nathaniel Idowu.