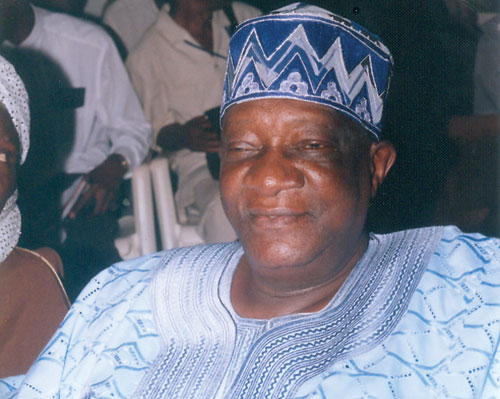 Frontline industrialist, Otunba Jobi Fele is dead. He died yesterday in Abuja, Nigeriaâ€™s capital. He was said to have suffered from heart attack.

Sources told P.M.NEWS this morning that members of his family were making arrangements to fly his remains to Lagos for burial.

A condolence register was opened for him inside his Regency Hotel located at Adeniyi Jones, Ikeja, Lagos.

He was born on 24 May 1940 in Ikare Akoko, Ondo State, by popular family of Chief Aliu Jobi Fele and Madam Bilikisu Fulani Jobi Fele.

After his secondary education in Nigeria, he travelled to London where he attended Sanford College, now Sanford University.

He left the company to go into full scale business. He established a lot of companies including Jobitex Nigeria Limited, makers of canned foods.

In February 1997, he was appointed Chairman Oodua Group of Companies. He was able to turn around the fortunes of the companies, including the National Bank of Nigeria; Lafia and Premier Hotels in Ibadan, Oyo State; Airport Hotel, Ikeja, Lagos and 23 other companies belonging to the conglomerate.

He was a recipient of the National Merit Award of Officer of the Order of the Niger, OON.

He was a philanthropist, entrepreneur and was honoured with the title of Otunba of Ikare Akoko, in Ondo State.

He is survived by his wife and a number of children. He may be buried today according to Islamic rites.