Ribadu And Others: Why We Are Boycotting TV Debate With Jonathan 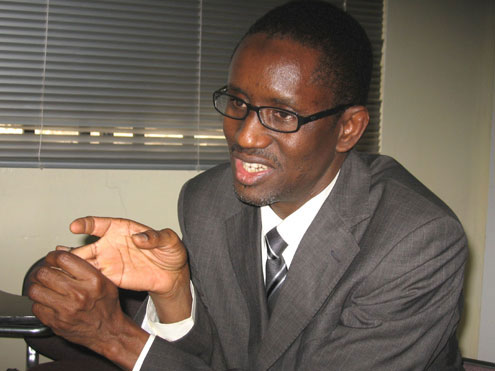 We the spokespersons of the Presidential Candidate of the All Nigerian Peoples Party (ANPP); the Congress for Progressive Change (CPC) and the Action Congress of Nigeria (ACN) wish to clear the air on the matter of the presidential debate organised by NN24 so that our teeming supporters and Nigerians in general will understand and appreciate our position.

We had held series of clear-the-air meetings under the auspices of the organisers at which logical and other arrangements for the debate were exhaustively discussed. The representative of the Goodluck Jonathan Campaign Organisation, Dr. Doyin Okupe, was in attendance and actively participated in all deliberations.

It was at Dr. Okupeâ€™s instance that the two dates earlier proffered by the organisers; March 8th and 15thÂ  as contained in the memorandum of understanding signed by the three candidates were rejected because according to him, those dates were not convenient for his candidate.

Dr. Okupe, on behalf of President Goodluck Jonathan, suggested the March 18th date in which the debate was successfully held. All of us accepted this date not because it was convenient for our Principals, but as our sacrifice to afford Nigerian voters an opportunity to assess and judge the candidatesâ€™ programmes as well as personality under the spotlight.

For emphasis, we had to adjust our respective campaign time tables at great logistics costs to us as our sacrifices for the growth of the culture of debate as an essential ingredient of the open society.

We indeed bent backwards for the office of the President even when we are fully aware that the occupant is no more than a co-contestant in the context at it were. But the there is a limit to which we can subject ourselves to this sheer impunity of the ruling party which they have flunked on our faces as a people in the last 12 years. The PDP has a record of shunning every Presidential debate since 1999.

We are highly suspicious of the celebrated romance with the BON debate by the president Jonathanâ€™s camp which shunned the NN24 debate without an apology. We can only hazard that since most of the agencies organizing the BON debate are government parastatals, the organizers may not be in a position to resist the request for advance questions being given to the debates in which the NN24 agreed with us because they were independent.

This does not mean that the men and women running these agencies lack integrity but the awe some power of the presidency may be too much for them.

Our principals being men of dignity with high regard for the people of Nigeria will not be part of such orchestrated charade of a D. Banjis â€œkokoleteâ€ debate.

Like millions of other Nigerians, we consider this behaviourÂ  of the president as egotistical, condescending and unbecoming of a man seeking a mandate to govern Nigeria. Leadership entails humility and respect for others.

A situation where the Goodluck Jonathan Campaign Organisation deliberately set out to humiliate other Presidential Candidates by reneging on an agreement it proposed is unacceptable to us and the millions of our supporters.

Consequently, we state without ambiguity that our principals will not honour any debate session with president Goodluck Jonathan in the 2011 elections as he has arrogantly shunned the credible debate for which we made ourselves available.

Future presidents of Nigeria will have to be more careful in dealing with the feelings of others.