PDP Is Dead In Lagos â€”Seriki 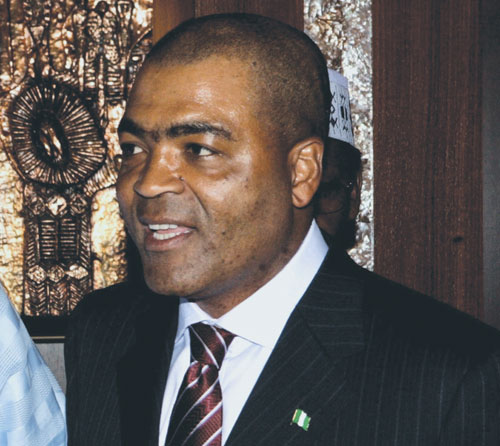 The Lagos State PDP governorship aspirant for the 2011 April poll and former Minister of State for Interior, Mr. Ademola Seriki, has predicted the death of the party in the state, describing it as the party of greedy politicians.

Seriki made this prediction when he and other PDP stalwarts which include Chief Lanre Razaq, Dr Wale Ahmed and their supporters defected to the Action Congress of Nigeria, ACN, at Eti-Osa on Sunday.

Seriki lost the PDP governorship ticket for Lagos for the 2011 April polls to Dr Ade Dosunmu. Dr Wale Ahmed was the Lagos State publicity secretary of PDP, while Chief Lanre Razaq who defected to the PDP from the ANPP was the ANPPâ€™s governorship candidate in 2003.

Seriki said: â€œThe problem in the Lagos PDP has defied solution. Imagine, with just one week to the commencement of April general elections, the candidate of the party is still at the lowest ebb of political performance. Since our primaries, I have never been invited for any meeting, not even when President Goodluck Jonathan requested for a meeting with the party leaders.

â€œIf they do not want us, we have to move on. I have never seen any leadership of a party that lacks coordination like that of the Lagos PDP at the moment. We are joining the ACN because of our desire to make Lagos better,” he averred.

Addressing A.C.N supporters at the partyâ€™s governorship campaign rally in Eti-Osa, the defectors said they want to be part of the great works the Babatunde fashola-led administration was doing in Lagos State.

The defectorsÂ  agreed thatÂ  they want to be part of a government that provides greater things to a greater number of people.

Seriki urged the people of Lagos to “come together and work to put the state at the forefront politicallyâ€™â€™.