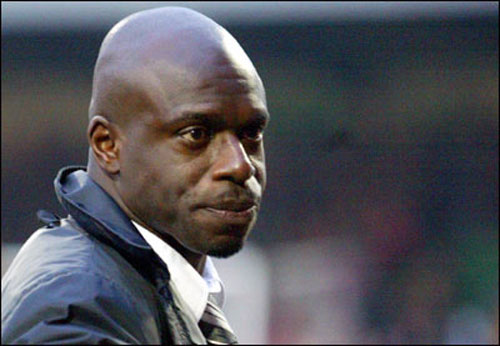 There are strong indications that Nigerian born Ethiopiaâ€™s Coach, Iffy Onuora, may be relieved of his job as handler of the countryâ€™s Walya Antelopes.

Onuora may lose his job because of his teamâ€™s scandalous loss to the Super Eagles of Nigeria in last Sundayâ€™s Africa Cup of Nations qualifier. The Ethiopians were whitewashed by the star-studded Eagles in a game that ended 4-0 at the Abuja National Stadium.

It was gathered that the Ethiopia Football Federation, EFF, was not irked by defeat but frowned at the wide goal margin, which was described as embarrassing to the country.

In a passionate interview with members of the press after the game in Abuja, Onuora said he would not be surprised if the football authorities query him after such a humiliating defeat in the hands of the Nigerian team.

â€œThe disappointing thing for meÂ is that it was a ridiculous result. This is just not acceptable at all. We were in shambles. Although weÂ have not played friendly matches since December, itÂ is still not good enough for us to lose with such a wide margin,â€ he said.

â€œI thought common sense would prevail in the way we played and that it should have been better but that did not happen. We fell short principally because we played against a better side.

â€œThere is pressure everywhere when you lose games in football; there will always be questions from the administrators. We fell short of what we hoped to achieve in the match, but that should not be much of a worry.”