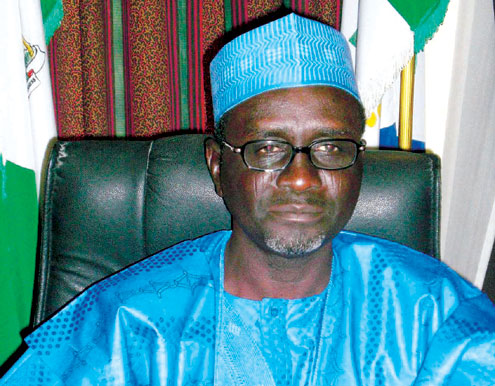 Kano state governor and presidential candidate of the All Nigerian Peoples Party, ANPP, Malam Ibrahim ShekarauÂ  told newsmen that the suspension of the election was shocking and of monumental concern to the nation.

Shekarau also expressed fears over the safety of the electoral materials which are already in the hands of the electoral officers, saying that INEC should take proper measures to ensure that the postponement of the election would not spell doom to the entire exercise.â€œI must say that it must have come to many of us as a great shock and surprise but after the chairmanâ€™s explanation to justify his action, we have no choice than to give him the benefit of doubt. Our only prayer is for INEC to keep to its promise that before Mondayâ€™s reschedule exercise, all the short falls would have addressed.â€œMy only worry is the safety of the ballot papers already released and now in the hands of the electoral officers down to the polling clerks.

We need INEC to tell Nigerians what efforts are being put in place to ensure the safety of particularly ballot papers and boxes.â€œThese were materials who were before now in the custody of the Central Bank of Nigeria and other maximum security areas. Now, they have been released down to the remote parts of Nigeria, they are in the hands of polling clerks all over the country so we need to be reassured that they would be properly secured up to Monday because before the postponement, voting has commenced in some areas and if for instance, at a polling station of 500 voters, 100 had cast their votes, those ballot papers already used would no longer be valid which means the polling unit would be short of 100 ballot paper, so, how do they make the difference.

This is where I see some problems. However, let us give them the benefit of doubt and turn out massively on Monday for the election,â€ Shekarau stated.Also reacting to the development, 1993 presidential candidate of the defunct National Republican Convention, NRC, Alhaji Bashir Tofa said the cancelaltion is a big embarrassment to the nation.In his words, â€œâ€œthe postponement of the National Assembly election by INEC is a disgrace and embarrassment to the nation.

The government must as a mater of urgency institute a high-power commission of enquiry into this shameful outing of INEC and those found responsible no matter how highly placed must suffer the consequences of their action. Is this the news INEC that will ensure credible election? Our hopes are misplaced and our confidence shattered.â€Second Republic presidential Adviser, Alhaji Tanko Yakassai also expressed reservation over the action of the INEC chairman, nothing that measures should be taken to ensure that such incident does not repeat itself considering the delicate nature of the nationâ€™s democracy.

â€œI think the postponement is an unfortunate situation, it has happened and there is nothing, much anybody can do about it, it goes to show that the whole preparation for the election was faulty and the electoral body suddenly realized that it can not go on with such a faulty arrangement and can not be forced to go ahead with faulty elections.â€œMy appeal to Nigerians is that we give them the benefit of doubt believing that before Mondayâ€™s exercise, the would have been able to put things in order, while realizing that any further failure will erode the confidence of Nigerians on INEC.

As I said earlier, it is a serious set back and a huge disappointment,â€ Yakassai said. Also commenting on the cancellation of the election, a northern based pro-democracy group, Arewa Citizens Action for Change, ACAC called for the immediate resignation of the INEC chairman, prof. Jega saying the embarrassment he has caused Nigerians by his action is too much to bear, especially with the high hope the nation has on him. Chairman of the group, Bar. Abubakar Aminu Kurawa said, â€œhe has disappointed the nation and the Nigerian people who hitherto held him to high esteem.

His reasons for the suspension of Saturdayâ€™s National Assembly election are totally unacceptable to us giving the billions of Naira Jega has collected to prosecute the election and the assurances that have raised the expectations of the people. It is now clear that he lack s the capability to conduct a credible in Nigeria and therefore (Jega) should resign as the INEC boss.â€Meanwhile, the election, before the cancellation recorded huge turn out in Kano.

P.M. NEWS reports that Nigerians were in seen in large numbers in most of the polling units visited waiting patiently on to cast their vote.The news of the cancellation apparently dampened the spirit of Nigerians as they were seen filing out from the polling station in disappointment.