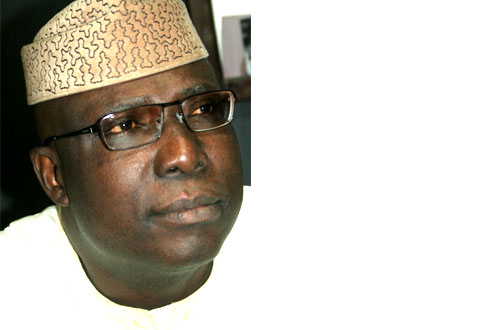 Addressing newsmen in Ado-Ekiti, the chairman of the okada riders association, Mr Ola Martins, said that all okada riders in the state have unanimously adopted Ojudu based on his impeccable record as an activist who suffered to entrench democracy in Nigeria.

He said his experience as a journalist would spell good fortune for Ekiti people if given the mandate.

Martins, however, warned a former governor in the state not to portray okada riders as thugs or instruments of rigging.

At a different gathering, the market women led by the Iyaloja of Ado-Ekiti, Mrs. Waye Oso, promised to work for the victory of Ojudu and the House of Representatives candidate in Ekiti Central Federal Constituency 1, Mr. Opeyemi Bamidele.

They made the promise Â late on Tuesday in Ado-Ekiti when the state Governor, Dr. Kayode Fayemi, led a campaign in support of the candidacies of Ojudu, Bamidele and ACN House of Assembly flagbearers, Mr. Seyi Shittu (Ado 1) and Mrs. Dupe Olayinka (Ado 2). The campaign which took Fayemi to the Ado-Ekiti Main Market and ended at the Fajuyi Hall.

Mrs. Oso assured Fayemi that market women are in support of the ACN promising that they would vote all the candidates of the party in the general elections.

The decision to support the ACN, the market leader said, was predicated on what she called â€œthe people-oriented and transformational programmesâ€ so far carried out by the Fayemi-led administration.

Addressing the market women, the Ekiti governor commended them for their unflinching support for the party throughout the three-and-half year struggle to reclaim the mandate given to him by the people of the state.

Fayemi urged them to extend same support to Ojudu and Bamidele in Saturdayâ€™s National Assembly poll.

Describing Ojudu and Bamidele as experienced, exposed, trusted and tested, Fayemi assured the market women that the duo would adequately represent them at the National Assembly and deliver dividends of democracy to them if elected.

Fayemi disclosed that his administration is planning to construct ultra-modern market facilities at the Erekesan Market in Ado-Ekiti.

He also promised market women that the ACN-led government would make credit facilities available to them in a bid to grant them access to more economic empowerment.

The governor charged the people of Ado-Ekiti not to be discouraged by last Saturdayâ€™s postponement of the polls but troop out in large numbers to vote for ACN candidates on all the election days just declared by the Independent National Electoral Commission (INEC).