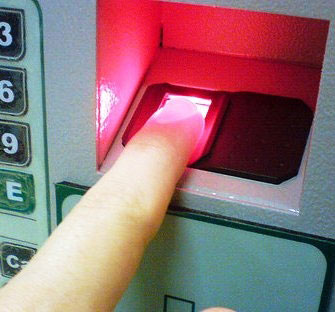 First Bank of Nigeria plc has again lived up to its billing of being truly the first when in February this year it unveiled the pioneering biometric Automated Teller Machines, ATMs. The idea is to improve security of its customersâ€™ transactions and to explore the unbanked segments of the economy.

Interestingly, the new technology is expected to be available to existing cardholders who may wish to add biometric authentication on the bankâ€™s ATMs as part of their transaction approval process. This is in addition to PIN selection. The new cardholders will automatically migrate to the new platform.

According to the bank, the new cards will feature fingerprint authentication, meaning that even illiterates would benefit from it as they could be issued cards with only biometric authentication functionality.

Mr. Bisi Onasanya, Group Managing Director of First Bank, said that â€œthis development is consistent with the bankâ€™s tradition of pioneering far-reaching innovations in the financial services industry, as they strive to continuously provide products and services that facilitate national growth and development. The biometric ATM initiative is a pioneering move by First Bank in the Nigeria banking industry for leveraging on the Customer Identification System, CIS, platform.

The platform was launched at the bankâ€™s head office in Marina, Lagos, just as it will be extended to its strategic outlets soon.

Onasanya remarked that the bank intends to embark on a massive campaign to bring the new technology to the knowledge of the people. He said the bank acknowledges the fact that some people avoid the use of ATM because of the fraud issue. He also noted that with the added technology on biometric ATMs, it would be easier and safer for customersâ€™ usage.

Chuma Ezirin, Group Head, E-business at First Bank, noted that in the increasingly technology-driven business environment, the bank is keen on providing solutions that are relevant to its customersâ€™ dynamic needs.

The use of customersâ€™ biometric features for authentication is to enhance security and also address challenges of migrating diverse segments of customers to electronic channels which provide convenience to customers.

This is a great feat for the bank, especially now that fraud prevention and building customersâ€™ confidence on the use of electronic channels are key customer acquisition and retention strategies.