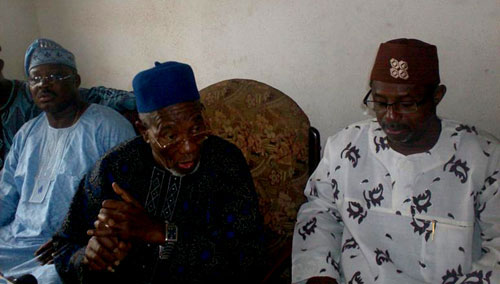 Action Congress of Nigeria (ACN) has vowed to challenge in the Election tribunal the victory of the Peoples Democratic Party (PDP) in Oyo North Senatorial District as declared by the Independent National Electoral Commission (INEC).

INEC declared the Commissioner for Local Government and Chieftaincy Matter, Agboola Hosea Ayoola as the senator elect in the last senatorial election held on April 9 against the ACN candidate, Dr. Wale Okediran.

Adesina who noted that the time to revenge the sins committed against him by Governor Adebayo Alao-Akala of Oyo State and his erstwhile boss, Senator Rasheed Ladoja has come said that Senator Abiola Ajimobi, a governorship candidate who is his younger brother would beat the duo at the forthcoming governorship poll.

He said, â€œWhat Akala and Ladoja did to me in 2003, Ajimobi, my younger brother will do it back to them. They rigged me out of office but we will not rig for Ajimobi but Ajimobi will win hands downâ€.

According to him, going by the result of the National Assembly election recently held, ACN would win the governorship election.

According to him, out of 2.7million votes in Oyo State , Ibadan has 2million stressing that the two million votes would go to Ajimobi of ACN.

The former governor however commended INEC for the job well done at the last poll.

â€œContrary to expectation, the INEC in Oyo State did very well but there is room for improvement. INEC leadership in Oyo State is responsible and responsive. The security agents comprising soldiers, police, and other para-military did well. We had peaceful, free, fair and credible electionâ€.

He debunked speculations about alliance meetings with Ladoja to step down saying that there is no need to ask Ladoja to step down because ACN would beat him. He described Ladoja as a spoiler who is interested in dividing the votes of Ibadan adding that he would fail.