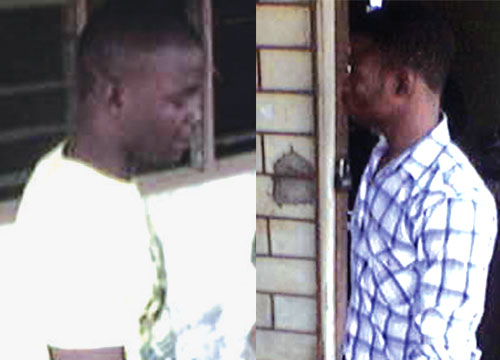 For procuring a dangerous abortion that now threatens the life a 17-year old girl, the father of the girlâ€™s boyfriend, Ganiyu Adekunle and his two sons, Ajibola and Tunde have been remanded at the Kirikiri Prisons, Apapa, Lagos, Nigeria on the order of an Ejigbo magistrateâ€™s court.

They were docked at the court on a three-count charge of aborting a six-month pregnancy for the victim who is the girlfriend of Ajibola Adekunle.

Consequent upon the illegal abortion, doctors at Igando General Hospital, Alimosho Local Government Area, Lagos State, Southwest, Nigeria are now battling to save the life of the girl who was impregnated and forced to abort the six-month pregnancy by some members of the family of her boyfriend, Ajibola Adekunle who impregnated her.

The victim alleged that she was held down and injected with contraceptive drug that forcefully aborted the pregnancy by some family members of her boyfriend, Ajibola who impregnated her. She said they did it to cover the shame of having a child outside marriage.

Narrating to the police what happened, the victim said that she was impregnated by her boyfriend, Ajibola Adekunle who did not deny it. She said he only complained that he had no money to marry now.

She said her uncle she was living with Mr. Waliu Olegbela contacted his parents and they agreed to take care of the pregnancy until she delivers.

Her boyfriendâ€™s father, Ganiyu Adekunle, offered to take care of the victim and baby. She did not know that it was a ploy to terminate the pregnancy.

She said that she left her uncleâ€™s house and started living with the family at 321, Pacific Estate, Ewedogbon bus stop, Akesan, Lagos State.

On the day of the incident, she said that they conspired and brought a nurse who told her she wanted to treat her only to be injected with drugs that aborted her pregnancy.

She said that immediately the drugs were administered on her, she started bleeding profusely until she collapsed and was rushed to the General Hospital where she is now receiving treatment and where she has been abandoned.

Following the treatment meted out to the girl who is an orphan, the police at Igando Station arrested the father, Ganiyu, Ajibola and Tunde and charged them to Ejigbo magistrateâ€™s court with conspiracy and procuring abortion of a six-month old baby.

When the charge was read to them, they pleaded not guilty to the three-count charge. The presiding Magistrate Mrs. S O. Solebo granted them bail in the sum of N250,000 with two responsible sureties each in like sum.

The matter has been adjourned till 5 May 2011 for trial while the court ordered that they should be remanded at Kirikiri Prison, Apapa, Lagos, as they could not fulfil the bail conditions in good time.