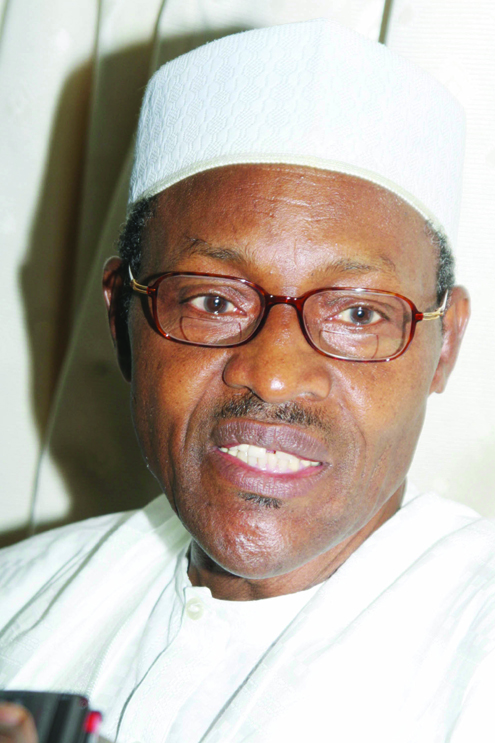 Ahead of Saturdayâ€™s presidential election and despite the collapse of the alliance talks with the Action Congress of Nigeria, the presidential candidate of the Congress for Progressive Change, CPC, General Muhammadu Buhari, has vowed that his party will nevertheless defeat the Peoples Democratic Party, PDP, candidate, President Goodluck Jonathan.

Buhariâ€™s spokesmen issued a defining statement hours after the merger talks between his party and the ACN collapsed in Abuja yesterday.

According to him, â€œWe are seeking to replace a government that has done so much havoc to its people and their reputation; and we are determined, with your help, to uproot them completely.

â€œBy the grace of God, Nigeria is going through its last few weeks of arbitrary non-accountable, corrupt governance â€“ the type that has turned it into a republic of thieves.

The CPC candidate, in a statement said in order to succeed in this, â€œas in all other national endeavours, we need unity to end the destructive divisiveness among the people of our dear country.

â€œI would therefore like to call upon you to close your ranks and stand proudly as Nigerians, because there is pretty little that can be achieved without unity. Unity is needed within the party, between our party and other parties.

â€œUnity is in fact needed among all the political parties within the country, and it is needed between political friends and foes. We need unity of purpose to defeat the enemies of the people, to be able to successfully attack problems and to be able to deepen the roots of our nascent democratic culture.â€

Buhari lamented that the PDP had entrenched corruption in the country and had looted so much money to the detriment of the masses that now bear the brunt.

â€œThe battle against corruption and embezzlement in government, rigging in politics or fraud in everyday life, presents us with the greatest moral test of our generation. A leader may help you approach and meet the test with greater confidence but only you can pass it.

â€œThe leader is just but a guide-and a man can only do what he can. It remains for us as a society to come together and say â€˜Enough is enoughâ€™ to corruption, and rise up to wipe it out. Or else, it will wipe us out,â€ he added.

Buhari challenged Nigerians to come out and vote en-masse for the CPC, saying that â€œyou have persevered during the accreditation process and you have waited patiently to cast your votes. That is good but, for our circumstance, it is not good enough.

â€œYou must maintain your presence during the counting and collating of the votes and the announcement of the results. Because you havenâ€™t done this in all cases, they have already started turning your victories into defeats.â€

But political pundits are of the opinion that Buhariâ€™s tall dream might remain a mirage as it became clear yesterday that the much-talked about merger between the major opposition party, the Action Congress of Nigeria, ACN and the CPC had collapsed.

P.M.NEWS gathered that the active involvement of Gen. Ibrahim Babangida hastened the death of the alliance talks.

The ACN leaders reasoned that IBB who annulled the fairest and fairest election in Nigeriaâ€™s political history cannot be genuinely involved in the emergence of a democratically elected president by seeking votes from the Southwest, the zone that bore the brunt of the annulment.

Again, Buhariâ€™s CPCâ€™s poor outing in last Saturdayâ€™s National Assembly election could not help his ambition. Buhari performed woefully in most Northern states except his homestead in Katsina State where his CPC cleared all the three senatorial seats and 12 House of Representatives seats.

The chairman of 46 of the political parties yesterday in Abuja affirmed the adoption of Jonathan, the PDPâ€™s candidate during a press conference.

The coalitionâ€™s spokesperson, Yusuf Yaqub, the National Chairman of the Advanced Congress of Democrats, ACD declared the total support of the group to Jonathan called on their supporters to back the PDP candidate.

In the same token, Minister of Interior, Captain Emmanuel Iheanacho has pleaded with the Igbos to vote for Jonathan on Saturday.

Speaking at a campaign rally yesterday in Ajegunle, Lagos, Southwest Nigeria where he represented Jonathan, the minister urged the Igbos to join the mainstream party, the PDP, stressing that about 50 of the 63 registered political parties have endorsed Jonathan.

He called on Igbos to elect Jonathan on Saturday.

The rally was attended by the Igbo speaking community in Lagos, Igbo Youths in Ajegunle, the Eze Igbo of Lagos and Igbo royal fathers.