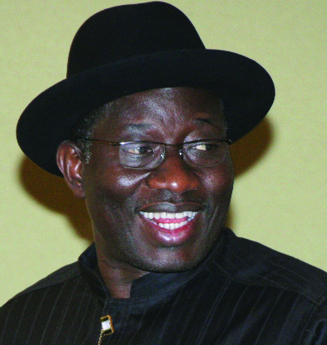 President Goodluck Jonathan who has been elected by Nigerians across ethnic and religious divides for a four-year term has a huge burden on his shoulders to meet the yearnings of the people. The pattern of voting in the presidential election last Saturday shows that Jonathan was elected by Nigerians, irrespective of their ethnic, religious and party affiliations. Itâ€™s a mandate similar to the one given M.K.O. Abiola by Nigerians on June 12, 1993.

The fact that Jonathan also made a significant impact in various states in the North, especially the North Central, underscores his acceptance across the country and this imposes a huge burden on him because he has the mandate of all Nigerians. It shows that it is not only the PDP supporters that voted for Jonathan but all Nigerians of diverse background.

Jonathan must be conscious of this fact and implement a pan-Nigerian agenda throughout the four years he will execute his mandate freely given to him by Nigerians.

Jonathanâ€™s programmes in the next four years must be pro-masses. He must do everything possible to provide uninterrupted electricity supply, fix the highways that have become death traps, revive education and the health sectors that have collapsed completely over the decades, revive ailing industrial sectors to provide jobs for millions of Nigerians now in the labour market.

Jonathan is also expected to revive the agricultural sector to provide food for the impoverished people and to provide housing for them as well.

As analysts have posited, the minority groups in the North Central and in the Southsouth made a significant statement by voting for Jonathan, though the three major ethnic groupsâ€” Hausa, Yoruba, Igboâ€” also played a key part in Jonathanâ€™s victory. So, it appears the presidentâ€™s victory will unify Nigeria and create an atmosphere of peace and harmony for the nation to make progress in the next four years.

In this regard, Jonathan cannot afford to fail or betray the trust reposed in him by Nigerians. In fact, the same Nigerians who have voted for him massively will turn against him, if he fails to meet their yearnings within a year. And the most critical problem they will want Jonathan to tackle in the next one year is to fix the power sector, which has a multiplier effect on employment generation and the socio-economic well being of the people.

For Jonathan to succeed, he must pick his team from a broad spectrum of the political class and technocrats who have what it takes to move the country forward. He must also tackle corruption, which has been the bane of this country for decades. He must not allow himself to be held hostage by a tiny cabal that keeps calling the shots at the federal level to the detriment of the larger population of Nigerians. Jonathan must hit the ground running after he is sworn-in on 29 May 2011. He must perform so that his goodluck will not become badluck.