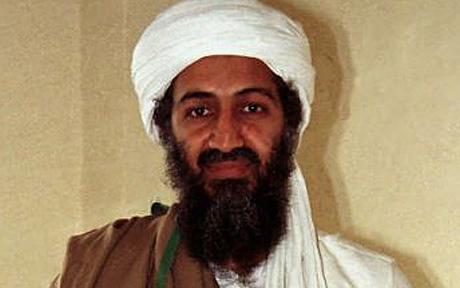 Osama bin Ladenâ€™s son, dubbed the Crown Prince of Terror, may be at large after fleeing the US assault on his fatherâ€™s secret compound.

Spy chiefs fear Hamza escaped as US Seals shot his father in the head and chest, sparking fears the bin Laden terror legacy could live on.

Three of bin Ladenâ€™s wives have told Pakistani interrogators Hamza, 20, has not been seen since the raid last Monday.

According to intelligence sources Hamza was bin Ladenâ€™s closest confidante and brainwashed into terror acts in his early teens.

The young bin Laden appeared on a sick extremist website to mark the third anniversary of the July 7, 2005, London bombings, in which 52 people died.

Hamza read a poem in which he called for the destruction of America, Britain, France and Denmark, and terror chiefs fear he was being groomed as an al-Qaeda boss.

He was also implicated in the assassination of Pakistani leader Benazir Bhutto in 2007.

A security source said: â€œThis young man could be extremely dangerous because of who he is, and because of what he knows. If he has gone missing he will be fired up with the desire for revenge and held up as a figurehead for the entire al-Qaeda franchise.

â€œIf it is true that he is at large then the fact that he was there during the raid means he holds huge credibility for the jihadist network.â€

In another video released in 2001, Hamza wore combat dress and read a poem dedicated to his fatherâ€™s exploits. One passage said: â€œIâ€™m warning America that its people will face terrible results if they chase my father. Fighting Americans is the basis for faith.â€

In 2005, when he was 15, he featured in a jihadist film shot near the Pakistani-Afghan border. He held a semi-automatic assault rifle and was said to have just taken part in a battle against Pakistani security forces.

The White House initially claimed Hamza was killed at the house in Abbottabad, 30 miles north of the capital Islamabad, but it emerged that his 22-year-old brother Khalid had been shot dead instead.

A statement said to come from another son denounced his fatherâ€™s killing as â€œcriminalâ€ and said his sea burial had humiliated the family.

The statement, from Omar, bin Ladenâ€™s fourth eldest son, said his children reserved the right to take legal action to â€œdetermine the true fate of our vanished fatherâ€. Experts said the letter, published on the website of extremist Abu Walid al-Masri, appears genuine.

â€œFor it is unacceptable, humanely and religiously, to dispose of a person with such importance and status among his people, by throwing his body into the sea in that way.

â€œIt demeans and humiliates his family and his supporters and challenges the religious feelings of hundreds of millions of Muslims.â€

Five-times-married bin Laden, who was 54 when he was killed during Americaâ€™s Operation Neptune Spear, had 24 children.

Three men, including bin Laden, and a woman were killed in the 40-minute attack, launched by four assault helicopters.

The news of Hamzaâ€™s possible escape came as US spooks were allowed by Pakistan to quiz the three bin Laden wives in custody.

It is now thought that Pakistan agreed a decade ago to let the US attack bin Laden if he was found living in the country.

The agreement was secret so that Pakistan would save face with anti-western Islamists. It also meant they had to pretend to be angry over the attack