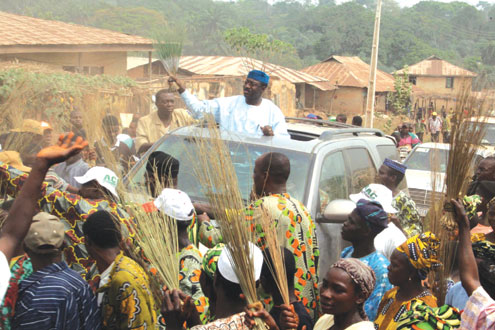 Gov. Kayode Fayemi of Ekiti has sacked the Vice Chancellors of the three state-owned universities.

A statement issued on Wednesday in Ado-Ekiti by the Special Adviser to the Governor on Media, Alhaji Mojeed Jamiu, did not give reasons for their removal.

The governor also sacked the Provost of the state-owned College of Education, Ikere-Ekiti, Dr. Titilayo Ogunmola..

Fayemi, according to the statement, appointed Prof. Francesca Aladejana of the Faculty of Education, Obafemi Awolowo University, Ile-Ife, as the Acting Provost of the College of Education. Kolawole of UNAD was, however, directed to hand over to the most senior professor in the institution.

The statement said the changes were with immediate effect.