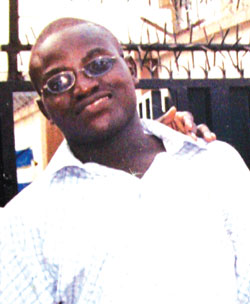 The incident happened at about 9.30 p.m. at Temple Bus stop, on Bariga-Iyana Oworo Road.

Those killed were identified as Segun Sanni, resident at 8, Adepeju Street, who was also a driver with AIICO Insurance Company, while the other person was identified as Lekan, a resident of Oloruntoyin Street, Bariga.

Three other persons were seriously wounded.

Sanni was said to have died yesterday night at the entrance of the emergency section of the Lagos State University Teaching Hospital while Lekan died early this morning.

A source at the area, who does not want his name mentioned, said the hoodlums stormed the area on three motorcycles and were said to be on revenge mission over the killing of their leader, identified as Kango.

Kango who was murdered at Ilaje area of Bariga last week.

Moroof Agoro, one of the injured victim told P.M.NEWS at the Emergency Department of LASUTH this morningthat they were at the bus stop when the hoodlums started shooting.

Speaking on the incident, Mr. Abdul Taiwo, a resident of Adepeju Street, described the late Sanni as an easy going and jovial person, â€œwho could not hurt an ant.â€

Taiwo called on the police in the area to beef up security as the activities of the hoodlums are escalating. He also appealed to the state government to help the inhabitants of the area check the menace of the hoodlums.