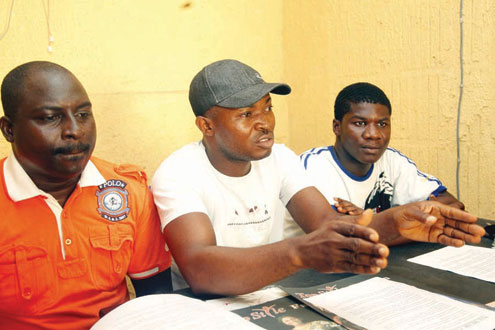 According to the Managing Director of Brainbox Studio, Michael Chukwuogo, the competition is designed to discover musical talents in Nigerian youths and bring them to limelight. He told Showbiz Trends that the contest is open to all Nigerians irrespective of ethnic background.

â€œWe are ready for the competition as planned. It will hold for four Saturdays starting from 4 June when the hip-hop artistes will be tested. On 11 June, it will be the turn of highlife artistes. On 18 June, gospel artistes will take the centre stage, while R&B artistes will conclude the event on 25 June,â€ he said.

He revealed that the winners, who will be called 9ja Best MusicalÂ  Artistes in all the categories will be given a record deal to further their career in music, while they will also be retained by the studio.

â€œWe donâ€™t want to give any price money which may not serve the purpose of enriching the music career participants. That is why we decided to give them a deal where they will able to secure their future in music. The winner will also have the opportunity of going on a tour of Ghana where they will rub minds with renowned Ghanaian artistes, Prince Kwabena Bodu Asamari and Ebenezer Okyere Asamani,â€ he said.

â€œThe judges of the contest will include famous radio disc jockeys, studio sound engineer and top Nigerian artistes. I want to assure that the benefits that the participants will get are more than N3, 000 they pay as entry fees. Losers who we believe have good voice will be given juicy packages at end of the day. The studio will retain all of them,â€ he said .