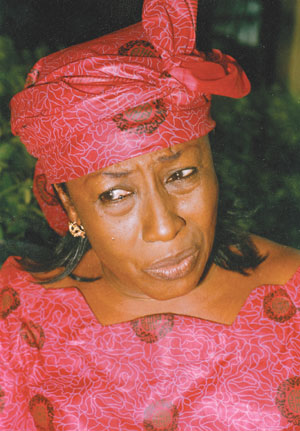 Veteran actress, Patience Ozonkwor, has said that police authorities in Enugu State have not declared her wanted.

The actress, who was about boarding an aircraft to Kenya at about 11.45 a.m. yesterday when NollywoodReel called her on phone, denied the rumour that the Enugu State Police Command had declared her wanted over a N500,000 debt she is allegedly owing Abraham Nwodo, another Nollywood actor.

The Enugu-based actress claimed she is not aware of where the rumour emanated from, adding that she was on her way to Kenya for a Federal Government project.

â€œWe had a press conference in Abuja yesterday (Tuesday) with representatives of the Federal Government. In fact, as I speak to you now, I am on my way to Kenya with some government officials, so Iâ€™m not aware of being declared wanted by the police,â€ Ozonkwor said.

She added that no police officer has even called her on any issue lately, while describing the rumour as the handiwork of idle people.

â€œIf I have been declared wanted by the police, will I still be working and travelling on the bill of the Federal Government?â€ she querried.

Ozonkwor was said to have had a misunderstanding with Abraham Nwodo over N500,000 she owed the latter.

In 2009, Nwodo was said to have featured Patience, who also doubles as a singer in a song. She was said to have been paid the amount for the recording, but few weeks later, she called Nwodo and told him that her son, Uche, was travelling abroad and would need one of her audio jobs for sale and promotion, which Nwodo obliged.

But he insisted that the actress, in return, will pay the sum of N220,000 as the bill he had already spent on the music project.

It was reported that when Nwodoâ€™s wait for Patience to refund the money seemed to be endless, he contacted the actress, but was shunned, while he reported the case to the Enugu Police Command, which was rumoured to have declared Mama G as Patience is fondly called, wanted.