Jonathanâ€™s Ex-Ministers Who May Return 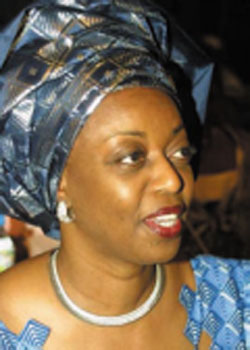 With the dissolution of the Federal Executive Council, FEC yesterday, lobbying for appointments and reappointments is set to enter into high gear in the next few weeks.

Yesterday, President Goodluck Jonathan indicated his determination to hit the ground running with the appointments of former Senate President, Anyim Pius Anyim as the Secretary to the Government of the Federation. Anyim will be sworn in today into the new position.

In the same vein, General Andrew Azazi was retained as the National Security Adviser. But President Jonathan may not announce members of his new cabinet until the inauguration of the new National Assembly which will take place next Monday. However, as has been indicated by President Jonathan himself, some of the members of the dissolved Executive Council may return as part of the new cabinet.

At the 2011 presidential inauguration lecture last Thursday, Jonathan said performance would be the major determinant of continuance in office of any of his ministers.

â€œIâ€™m not saying any minister should serve like the defunct Soviet Union that had the longest serving minister of 40 years, but at least, you will expect that a minister, if they must transform and if that person is performing above 60 per cent, if we must change and develop, we expect that minister to stay for a number of years,â€ said the president at the occasion.

P.M.NEWS gathered that with the assertion by the President at the inaugural lecture, many of the ministers in the dissolved cabinet have intensified moves to get re-appointed.

Top on the list of ministers who may return, it was gathered, is the former minister of Petroleum Resources, Diezeani Allison Madueke. The Bayelsa State-born former minister is widely regarded as one of the closest cabinet members to President Jonathan but she is however not taking chances over her reappointment.

Following a newspaper report that categorised her as one of the ministers that should not make the new cabinet last week, Diezeani has entered into a somewhat panicky mode, deploying the media to announce her achievements in the oil sector while blaming some operators in the oil industry for the smear campaign.

However, indications are that she may be re-appointed into the cabinet by President Jonathan to continue the task of sustaining the various ongoing reforms in the industry.

In the same vein, Elder Godsday Orubebe, the former minister of Niger Delta Affairs is also among the ministers sure of being in the new cabinet, though it is being rumoured that he may be appointed Chief of Staff by the President.

Olusegun Aganga, the former minister of Finance who has been re-nominated by the Bode George faction of Lagos State PDP is another former minister that may return to office. His major achievement so far is initiating and getting the Sovereign Wealth Bill which was signed by President Jonathan last week passed.

Also, likely to be retained is Fidelia Njeze, the former minister of Aviation.

Former minister of Environment, John Odey has been re-nominated for appointment by the Presidency and may also likely make a return alongside Labaran Maku, the former minister of Information and Communications.

Bala Mohammed, the former minister of Federal Capital Territory who moved the motion for the doctrine of necessity as a member of the Senate and paved the way for assumption of office as Acting President by Jonathan has also been metioned as one of those who may return in the new cabinet.

In the same vein, Emeka Nwogu, the former ministers of Labour; Humphrey Abah of the Police Affairs; Mrs. Josephine Aneni, Women Affairs and Social Development and Dr. Shamsudeen Usman formerly in charge of National Planning Commission are also said to be among the former ministers who may be retained.