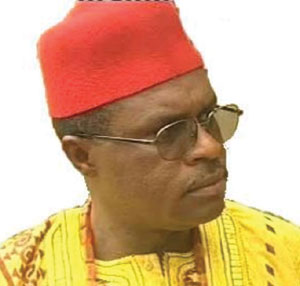 A candle light procession and service of songs will be held for the late veteran actor, Ashley Nwosu today.

The candle light, is part of the activities lined for the Umuahia, Abia State born actor, who recently died of a liver ailment.

National President of the Actorsâ€™ Guild of Nigeia, AGN, Segun Arinze, is expected to lead the procession which will parade other popular Nollywood stars.

A candle night and service of songs will be held in honour of veteran actor, Ashley Nwosu, today at Oâ€™jez Restaurant and Bar, National Stadium, Surulere, Lagos.

Todayâ€™s activities are part of the events lined up for the burial of the light-skinned actor, who died recently at the Military Hospital, Yaba, during a protracted battle with liver ailment.

The candle night is being organised by the Segun Arinze-led Actorsâ€™ Guild of Nigeria (AGN), in collaboration with the deceasedâ€™s family.

Other funeral ceremonies in honour of the deceased will be held at his hometown, Umuahia in Abia State, on Friday and Saturday next week.

The National Public Relations Officer of AGN, Abubakar, told NollywoodReel that the Abia State chapter of guild under the supervision of Arinze, has been making all necessary plans with the deceasedâ€™s family to make sure he has a befitting burial.

â€œEverything is in right position. Ashley was an outstanding actor and all hands have been on deck to give him an outstanding burial too. Virtually every popular actor in this country will be available to pay him the last respect,â€ Abubakar hinted.