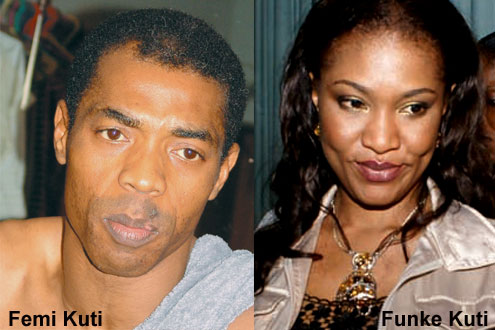 Seven years after separation from his first and legal wife, Funke, Felaâ€™s son, Femi Anikulapo-Kuti, has finally filed a divorce suit against her.

Although the ground of the divorce could not be ascertained, a source said it may not be unconnected with a infidelity allegation against the Funke seven years ago.

Another source told P.M. Entertainment that the divorce could be due to incompatibility between the couple as they still speak on phone and Funke often visits Femiâ€™s Akute home to see Made, the only product of the marriage.

Although no date has been fixed for the hearing, both parties confirmed that they are aware of the case.

â€œYes, I have filed for divorce, but I will not speak further on the case because I donâ€™t want you to spoil it for me,â€ Femi told P.M. Entertainment jokingly.

On her part, Funke said she has been served a divorce letter, adding, â€œthat is only what I can tell you about the matter.â€