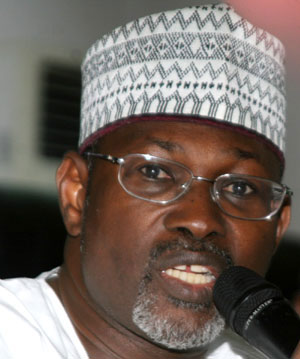 There are strong indications that the Independent National Electoral Commission, INEC, may invoke a section in the amended Electoral Act to deregister more than 53 political parties anytime from now.

Part V, Section 7 of the Electoral Act 2011 stipulates that â€œthe commission (INEC) shall have powers to deregister political parties on the following grounds:

i. Breach of any of the requirements for registration and ii. For failure to win a seat in the National Assembly or state assembly election.â€

About 53 parties did not meet the requirements and, therefore, may be deregistered by the time cases at the election petition tribunal are concluded in 180 days, as stipulated by the Electoral Act.

Political Platform reliably gathered that the realisation that INEC may wield the big stick has caused a division in the polity.

While some sections of the polity ask INEC to bare its fangs and delist the non-performing political parties, others, especially the beneficiaries, urge INEC to cause no harm to the offending parties in the interest of democracy.

Political Platform reliably learnt that the way some political parties were formed after the successful battle for the liberalisation of the political space spearheaded by the late Chief Gani Fawehinmi was responsible for present funny scenerio.

Some parties were hurriedly formed in the living rooms of their sponsors with the husband as chairman, wife or relation as secretary, while a few of the party leaders have remained chairmen and presidential candidates since 2003, contesting 2003, 2007 and 2011 presidential elections.

Founding and owing parties has become an avenue to wield influence, attend functions and wait in the wings for the elusive grants. But their chickens are gradually coming home to roost.