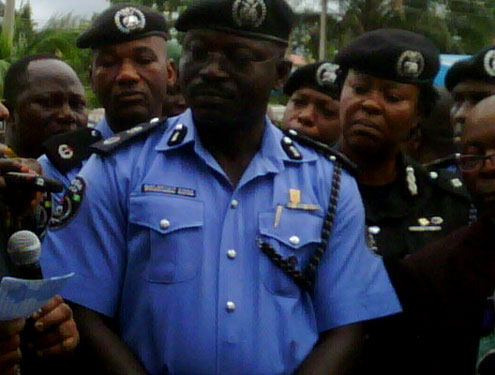 Unidentified gunmen in Port Harcourt, Rivers state shot and killed a police inspector and a corporal at about 11:30 last night.

The slain policemen were of Distress 003 patrol stationed under Eliozu flyover before they were attacked by the unidentified gunmen.

The cops’ weapons were also taken away by the gunmen.

According to a statement by Ben Ugwuegbulam, the spokesman of the Rivers State Police Command made available to P.M.NEWS in Port Harcourt, “an Inspector and a Corporal were shot and were confirmed dead at the hospital, while one policeman sustained serious gunshot injuries on the abdomen.”

The PPRO said investigation is in progress to trace the culprits and recover their weapons.