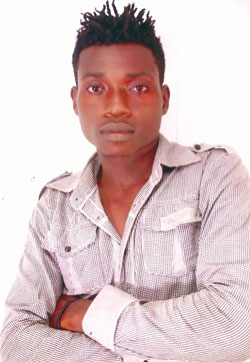 The song, recorded at Sy-Pro studio and produced by Snizzy, is enjoying good air play on radio stations across the nation.

The Ondo State-born former student of Navy Town Secondary School, was formerly in a group called Xâ€“Vision before he went solo in 2004.

J-Plus, 25, urged the Federal Government to assist in salvaging Nigeriaâ€™s music industry, noting that it is also a source of revenue generation.

Light complexioned Emmanuel, whose role models are Tuface and P-Square, is optimistic that the sky is his limit considering the promotion success of the work.