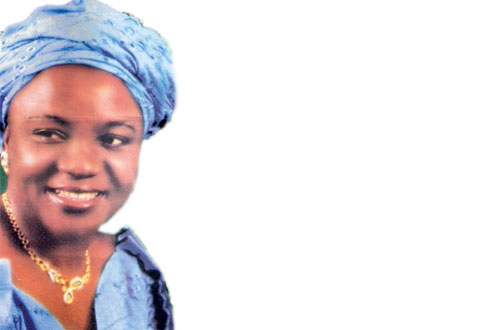 Monsurat Jumoke Sunmonu of the Action Congress of Nigeria, ACN, from Oyo West/East State Constituency has been elected as the first woman Speaker of the Oyo State House of Assembly.

She was elected today along with David Olaniyan Babatunde of the Accord Party from Atiba State Constituency, as the deputy speaker.

The election of Mrs. Sunmonu is historic as she is the first female Speaker of the state assembly.

According to sources, their emergence as leaders of the assembly followed an intense horse trading between the ACN and Accord Party in the bid to forge a common front to relegate the Peoples Democratic Party, PDP, to the background. ACN, the ruling party in the state, has 13 members in the House, Accord Party has 7, while PDP has 12.

While Bolomope Ibrahim of the Accord Party from Egbeda Constituency nominated Mrs. Sunmonu for the position of speaker, Olagunju Kolade of the ACN moved a motion for the election of Babatunde as deputy speaker.

The stage was set for this historic event when the Clerk of the House, S.O. Adebolu, commenced proceedings.

The majority of party supporters in the House ceaselessly hailed the ACN and Accord Party and shouted down the PDP when the inauguration of the 7th Assembly started.

In her message, the new Speaker thanked her colleagues and promised not to disappoint the people.

She also said all laws would be made for the good governance of the state and that the House would co-operate and collaborate with the Executive so as to move the state forward.