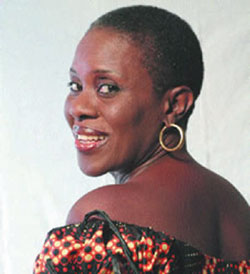 Senator Oluremi Tinubu, wife of former Lagos State Governor, Joke Silva, ageless actress and Bishop Peace Okonkwo, wife of Bishop Mike Okonkwo of TREM have been tipped as some of the great women to be recognised at this yearâ€™s edition of Great Women Awards slated for 21 June.

The three women, according to a statement made available to Showbiz Trends by Bamidele Ariyo of Laurel Size Company, organisers of the event, are selected for the positive impact they have made in the lives of people around them.

â€œThis event is designed to honour and celebrate great achievers. Those, who have impacted peoplesâ€™ lives, and these women fit into this role,â€ Ariyo said.

Ariyo is a renowned creative artist whose imprint in the Nigerian entertainment scene is highly revered. He has worked on some of the top events in the country including THEMA by the defunct Fame Weekly Magazine, National Comedy Awards, City People Awards and Nigerian Entertainment Awards among others.