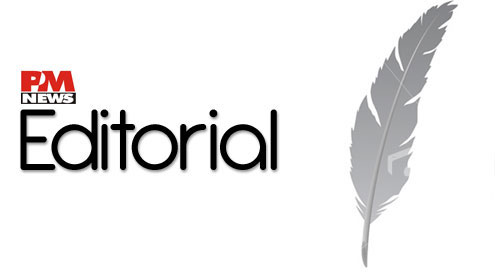 The organised labour and state governors have been at loggerheads over the payment of the new national minimum wage. While the Nigeria Labour Congress, NLC, the umbrella body of trade unions in the country, has been threatening fire and brimstone over the nonpayment of the N18,000 minimum wage, some state governors have been cowering and insisting that they donâ€™t have the wherewithal to pay it.

As the debacle persists, some governors have suggested that the oil subsidy should be removed to enable them pay the minimum wage through the allocation of more revenue from the Federal Government to the states. Although experts have said the so-called oil subsidy exists in the imagination of those who claim it exists, we are worried that each time there is a need for the government to generate more revenue, the first thing that comes to mind is the threat to remove oil subsidy.

There are fears that if the subsidy is removed, that is, if it exists all, the price of petrol will increase by about 100 percent from the N65 it is now sold per litre to about N120 per litre. If this happens, then the purpose for which the minimum wage was paid would be defeated and the vicious cycle of poverty and agitation for more wage increase would continue.

Nigerians did not bargain for the punishment about to be inflicted on them by the people they elected to provide succour for them. If the price of petrol and other petroleum products are increased, the already poor standard of living of the ordinary people will worsen, with its attendant consequences. There is a limit to which the people can bear the pain of failure of leadership especially at the national level.

The call for the removal of oil subsidy is a rather simplistic and cosmetic solution that should be discarded because it wonâ€™t be a far-reaching panacea.

We believe that the cost of governance is too high and if state governments are sincere about paying the minimum wage, they could do so by cutting the huge cost of running government. In order to avert any labour dispute that could compound the precarious security situation if NLC calls workers out on strike, the organised labour, the state governors and other stakeholders should meet and place on the table all the issues that need to be resolved in order to reach an amicable rapprochement.

A new revenue allocation formula should also be considered by the Federal Government. A situation where the government at the centre keeps the lionâ€™s share of oil revenue and allows the states that have bigger challenges in terms of provision of infrastructure, to pick the crumbs is not right.

Also, there are areas states could generate revenue which have been left untapped. The demand for minimum wage calls for a more prudent management of resources and for state governors to be more aggressive in terms creating more avenues for revenue generation to shore up their earnings.