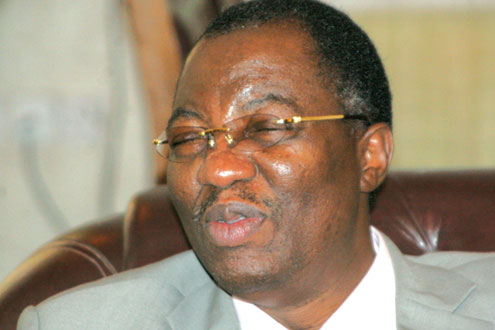 Speaking with newsmen after the state of the state address by the governor yesterday in Abeokuta, ACN stalwart in the state, Chief Doja Adewolu said the party will probe Daniel.

According to Adewolu, â€œit is surprising that the governor said he is not interested in probing Daniel. Our party, ACN, will probe the eight years of the PDP in the state.

â€œWith all these glaring evidences, the party will not fold its arms as much has been destroyed in this state in the last eight years.â€

He maintained that Daniel has case to answer from the people of Ogun State and posterity will judge them if they fail to act now.

Chief Adewolu, while speaking at the venue of the event, hinted that the party will ensure that it supports the government in actualising its programmes.

He, however, appealed to the people to be patient with the government, pointing out that with the present financial situation of the state, the government will need enough time to get its bearing right.

Governor Amosun had stated yesterday while addressing people of the state at the Cultural Centre, Kuto, Abeokuta that he was not ready to probe anybody.

â€œIâ€™m not ready to probe anybody, we have our work plan, we are to face what is important for the people rather than be looking into what I know is not okay.

â€œLet us continue with our work and allow the people to judge us after our tenure,â€ Amosun stated.