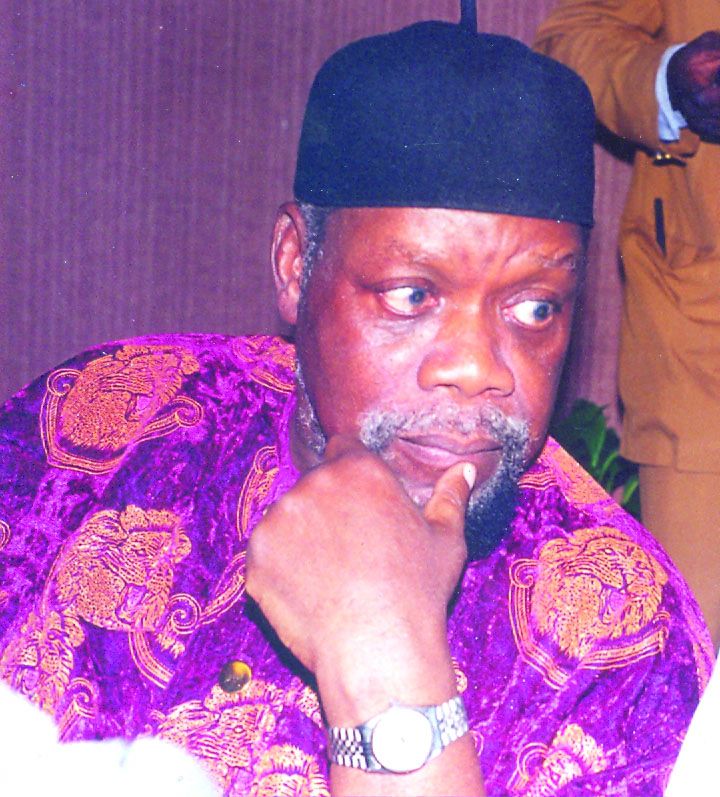 Contrary to reports being peddled in some quarters, there has been no appreciable improvement in the condition of Ikemba Nnewi, Dim Chukwuemeka Ojukwu who has been undergoing treatment for stroke in the United Kingdom since December, 2010. And the former warlord is not in a position to return to Nigeria anytime soon, P.M.NEWS gathered yesterday.

Also, it was confirmed that there is fresh anxiety over the health of the Eze Ndigbo among members of his family following a fresh chest infection he developed about three days ago which has led to his being moved back to hospital.

It was gathered that Ojukwu was rushed to The Royal Berkshire medical facility in the United Kingdom on Monday, 27, June, in an ambulance after he became unresponsive as a result of the chest infection. He is now on admission at the intensive care unit of the facility.

P.M.NEWS also learnt that Ojukwuâ€™s wife, Bianca has gone to the UK to attend to her husband even as it was learnt that other members of the family of the former warlord are worried about the quality of care he is getting at the Berkshire medical facility, a public hospital being operated under the UK National Health Insurance Scheme.

P.M.NEWS gathered that Ojukwu was rushed to the facility because of the suddenness of his latest infection and worries that he may be in grave danger. But family sources who claimed that they have been sidelined on matters concerning the former Biafran warlord by Bianca and Governor Peter Obi of Anambra State, are also raising fresh alarm over the management of health of Ojukwu.

Sources close to the family told P.M.NEWS that members of the family are not happy that their patriarch was discharged from the London Clinic where he was initially being treated by his wife without consultation with the family for no apparent reason other than financial. It was learnt that Ojukwu has been moved to different institutions since he was evacuated to London last December.

When he arrived London on 23, December, 2010, Ojukwu was admitted and treated at the London Clinic. He was moved to The Wellington Hospital on 1 March 2011 and Lynden Hill, described as a facility for the elderly on 6 June 2011 before he was moved to The Berkshire hospital last Monday.

The movements are however not as a result of any improvement in his condition. â€œAt no stage at the London clinic and later, when he was moved to Wellington was he well enough to talk, sit up or eat, let alone exercise without being assisted by a physiotherapist,â€ said a source.

â€œAs far back as March, I believe, they have been saying he is coming back in a month, but it is now June and he is not back. Since he left in December, he has not spoken, there was a period he tried to mutter a word unintelligently, some days after the trachea was removed, but he has not spoken or done anything like that,â€ another source who is close to the family and has been monitoring the progress the former warlord is making towards recovery told P.M.NEWS.

It was further gathered that at Wellington, Ojukwu was making positive, but slow progress to recovery and seemed to be fully aware of what is going on around him, though, other than nodding or shaking his head, he was still not in position to communicate any of his feelings or wishes to anybody and still required 24 hours nursing care. Yet, the former warlord, according to sources close to the family was moved to Lynden Hill, an institution outside London with no provision for specialist comprehensive rehabilitation services like physiotherapy, speech therapy, and high level of nursing input he still require.

The decision to move Ojukwu to an institution outside London was therefore described by a source, as â€œrashâ€, â€œtoo soonâ€ and Ojukwuâ€™s current relapse and return to an intensive care unit is proof of it. The only family member who has been with the former warlord in all his movements across the hospitals is called Ebele.

â€œEbele, the younger sister has been with him here. She is taking care of him and helping him with all his daily needs. She has played a key role in his recovery,â€ said a source close to the family. â€œWithout her input, the situation may have been worse, but she is not a qualified nurse.â€

It was gathered that members of the family are calling for the return of Ojukwu to the London Clinic as he still requires nursing care which he was not getting in Berkshire where he is presently admitted. But there are also claims that this may be difficult as bills of the institutions where Ojukwu has been admitted so far has not been fully settled, contrary to claims of Anambra State government.