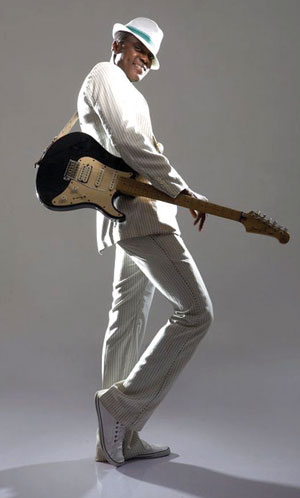 Olanrewaju Fasasi a.k.a. Sound Sultanâ€™s new-born baby boy will be named on Sunday.

His wife, Farida delivered a bouncing baby boy at FESTAC Town Hospital last Sunday at about 11.45 a.m. and an excited Sultan is reported to have been saying that God is great and that the birth â€œof my son is a sign of great blessings to come.â€

Sound Sultan is an act who has spent well over a decade in Nigeriaâ€™s music industry and still waxing strong and relevant, having debuted with his first single, Jagbajantis, in 1999 and up till now, the dark complexioned and tall artiste has dished out five hit albums, the last one being Back To The Future, released on 20 January, 2010 featuring M.I., Very Good Bad Guy and Orobo as well as Banky W and Excel.