Polio Cripples Boy After Father Prevented Him From Being Immunised 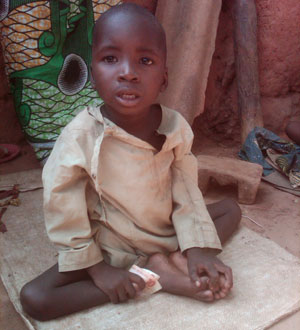 The dream of Usman’s parents was for their son to grow healthy and become a great farmer and a family man who can take care of them at their old age.

As such they did all they could to protect his health through their local method including stopping him from taking polio vaccines.

They believed the polio vaccine was a ploy for family planning to make their children impotent in the case of male and barren, in the case of female children at their adult age.

Unfortunately, their dream was dashed when it was discovered that Usman had contracted wild polio virus that has now crippled him for life.

His father regretted not allowing his children to be immunised, saying he thought that the campaign for polio eradication was a mere propaganda.

Usman’s case was the seventh to be discovered in Kebbi state last week.