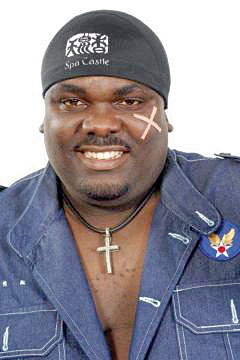 An Ikeja High Court has ordered that popular Nollywood movie producer, Ifeanyi Chukwu Onyeabor, be remanded in Kirikiri Prisons following his arraignment by the Economic and Financial Crimes Commission (EFCC) over an allegation of N8.8million fraud.

Onyeabor was arraigned before Justice Habeeb Abiru yesterday on a seven-count charge bordering on stealing and fraudulent conversion.

In the charge sheet filed before the court, EFCC alleged that the Igo Motion Pictures International boss fraudulently collected a cumulative sum of N8.8 million from the management of Steve-James Ltd under the pretence of producing two movies for the company.

Part of the charge reads: â€œThat you, Ifeanyi Chukwu Onyeabor, on or about 12 December 2009 at Lagos within the Ikeja Judicial Division, with the intent to defraud, stole and fraudulently converted the sum of N1,850,000, property of Steven-James Limited entrusted to you for the production of two movies entitled Young Amazons and Tribes.â€

The EFCC also alleged that the movie producer on different occasions fraudulently collected about N8,800,000 from Steven-James Ltd but failed to produce any movie for the company.

The offences allegedly committed by Onyeabor is contrary to sections 390(9) of the criminal code law cap C17 laws of Lagos State of Nigeria 2003.

When the charge was read to the defendant, he pleaded not quilty to the allegations.

After listening to argument of counsel on both sides in the matter, Justice Abiru ordered that Onyeabor be remanded in prison custody pending the determination of his bail aplication.

The matter has been adjourned till Monday 11 July for ruling.