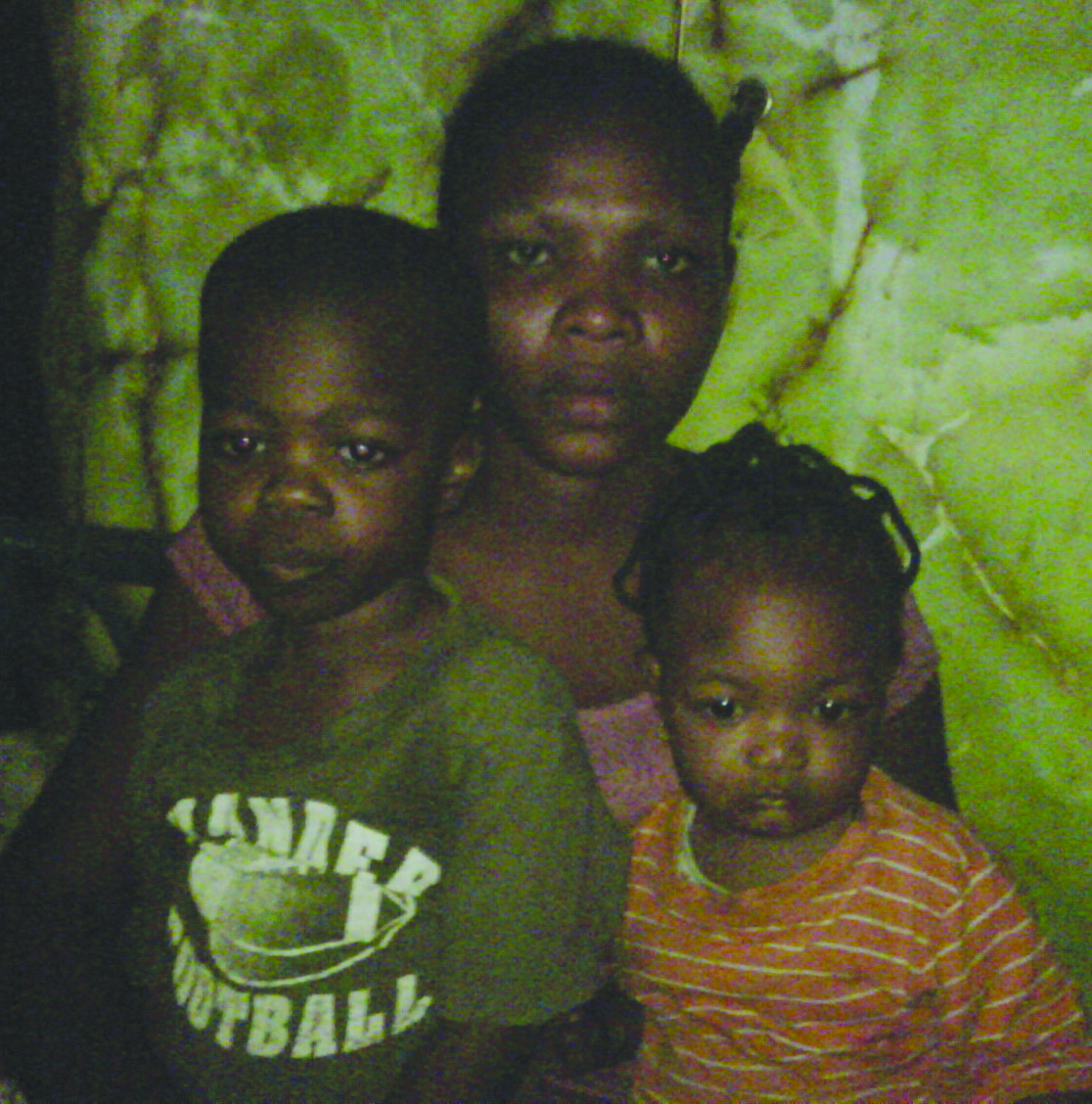 The victim's wife, Omodele with the two kids.

The criminals are demanding for N10 million ransom.

Anthony, proprietor of The Ultimate Scholar Tutorial Centre, located on Ebute Road, Ibafo, Ogun state, according to his wife, Mrs. Omodele Chohwora, was kidnapped after he was released from police detention.

He was detained for failing to register some candidates for the last UMTE, after the disappointed candidates had reported him to the police.

Mrs. Chohwora, told P.M.NEWS that it took the intervention of the Area Command, Sagamu, through a petition written by the familyâ€™s lawyer, Mr. Emma Ofoegbu, who petitioned the Ogun state Police Command of the unlawful detention, before he was released, after being detained for nine days.

She alleged that while her husband was in detention, a police officer, identified as Etang, who was the Invetigation police Officer (IPO) in charge of the case went to their house and packed all their properties to the station without their knowledge and any warrant to that effect.

She claimed that it was when she saw her necklace on the officer that she knew that the officer had been to their house, that when she accosted the officer and demanded to know how he came about the necklace, the officer threatened to deal with them.

The mother of two, who is currently taking refuge outside Ibafo town, said they were at home on El-Shadai Crescent, Ebute Road, Ibafo, at about 6 am, on the day of the incident, when some armed men numbering about 10 stormed their house and seized her children. They then demanded for her husband, and when they saw him, he was beaten seriously and his hand tied to the back and blind folded before he was led away to an unknown destination.

She said while the armed men were beating her husband, she ran down to the police station to report the matter but she was not given any attention. Omodele, further told P.M.NEWS that a little boy of about 12 years who knew some of the gunmen and had wanted to give information was detained by Ibafo Police station for more than 10 days.

She said her husbandâ€™s abductors have been calling her with hidden number demanding for N10 million ransom. This she said is too much for her to get and all efforts to persuade them to release her husband have failed.

The distraught woman is appealing to the police authorities and other security agencies to help in getting her husband out of the hand of his abductors, while calling on the Inspector-General of Police to investigate the matter.

Mr. Gbenga Megbope, a Superintendent of Police, the Divisional Police Officer of Ibafo Police Station, confirmed that it was indeed the division that arrested and detained Anthony, when some candidates made a report of fraud against him, by failing to register them for the last UMT Examination.

The DPO also confirmed the detention of the under-age boy, who offered to give information about the alleged kidnappers of Anthony, but described the boy as one of Anthonyâ€™s accomplices.

He however debunked the allegation that Anthony was kidnapped as claimed by his wife, rather, he said the said man went into hiding and he is wanted by the police. The police officer claimed that Anthony had once duped some students at Ikorodu before relocating to Ibafo where he committed another fraud by duping some candidates through his tutorial centre.

Megbope also denied the allegation that the IPO went to the house of the man and packed their belongings without any warrant.

He vowed to arrest him anytime and he is founded.