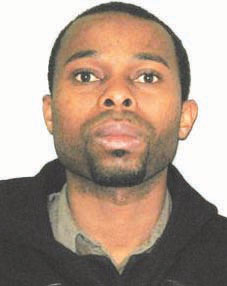 A Nigerian, Anthony Harrison, has been jailed in the United Kingdom for 20 years after he smuggled two teenage girls into Britain, reports the Daily Mirror.

The failed asylum seeker was arrested after he smuggled the girls to Britain and forced them to work as prostitutes. He reportedly put them under a voodoo curse to scare them from revealing the nefarious act or else they would die.

Report say Harrison became the first ever person to be convicted of trafficking the victims out of the UK in a groundbreaking case.

A jury at Woolwich Crown Court unanimously convicted Harrison of a string of trafficking charges but cleared him of two charges of rape.

The girls involved, aged 14 and 16, from Edo in Nigeria, are believed to be the first â€˜Jujuâ€™ voodoo rites victims to give evidence in a European court.

The two teenagers – who cannot be identified for legal reasons – underwent a series of perverse ceremonies which saw one of them stripped naked, cut all over her body with razors and locked in a coffin for hours.

Another ceremony saw her forced to drink blood while yet another involved eating a chickenâ€™s heart.

The juju rituals were intended to ensure the victims were â€˜boundâ€™ to a medicine man and would never reveal the truth about their harrowing ordeals.

Until now, those who have undergone such rituals have refused to speak out of fear that a curse would kill them.

Passing sentence, Judge Philip Shorrock said: â€œThe trafficking of young girls from rural villages in Nigeria so they can be compelled to work as prostitutes is a vile business.

â€œWhen they are as young as these girls and their innocence and credulity is exploited by subjecting them to Juju ceremonies to terrify them into obedience and silence, it is a trade that is viler still.â€

Prosecutor Riel Karmy-Jones added: â€œIt is the first time the crown have been able to persuade victims of this type of trafficking to give evidence in court.

â€˜It is the first time thereâ€™s been a prosecution for trafficking out of the UK.â€

Harrison led a double life as a â€˜key playerâ€™ in a people trafficking gang which used bizarre rituals to trap the children into sex slavery.

He arrived in the UK in April 2003, claiming to be Liberian, but evidence suggested he was actually from Nigeria.

Although his asylum application and subsequent appeals were refused, he was granted indefinite leave to remain under the Home Office â€˜Legacyâ€™ programme.

In 2009, Harrison oversaw the smuggling of the girls while he worked for Newham council.

Harrison then shipped them on to Spain and Greece to work in the sex industry.

When the trial started, Judge Shorrock warned jurors that they would hear evidence of terrifying voodoo rituals and gave them the chance to absent themselves from the trial.

The case evokes memories of the five-year-old west African boy, later identified simply as Adam, found washed up next to the Globe Theatre in 2001 after he was smuggled into Britain.

He had been drugged with a â€˜black-magicâ€™ potion and sacrificed in a juju ritual killing before being thrown into the Thames.

Jurors heard how the two girls were sold by their families in Nigeria to people traffickers.

After being subjected to juju rituals in Africa, they were given â€˜scriptsâ€™ to tell UK immigration staff that they were claiming asylum, having been forced to flee their country because they were accused of being lesbians.

Once in the UK, both girls were placed in care before they absconded in order to contact their handler, Harrison.

The court heard the girl had been sold to the trafficking gang by her uncle, who had also sexually abused her.

After collecting the girl, Harrison made the girl sleep outside at his east London flat.

She was finally picked up by immigration officials in Madrid on June 20.

Later a 14-year old girl was brought to the UK and forced to work as a prostitute out of a spare room at Harrisonâ€™s home before he attempted to pack her off to Greece.

The teenager was intercepted at Luton airport.

Giving evidence, Harrison denied he had been involved in a sophisticated plot to smuggle the girls through the UK to other European destinations.

He claimed he had been duped by a friend who told him both girls were relatives in need of help, before they flew to Spain and Greece, respectively, of their own volition.

He told the jury: â€œWhen I was arrested the police told me I had been charged with trafficking.

â€œI was shocked. I did not know anything about any trafficking.â€

From August 2004 until his arrest at the end of last year, he worked as a caretaker at Newham Council.

He also admitted five counts of fraud by using false names to obtain employment, credit cards and telephones at the outset of the trial.