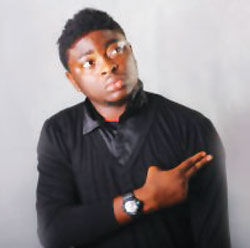 Having collaborated with several notable acts, Skool Boi is set to launch his own debut single entitled Bubble.

His style is made up of refreshing and inspiring lyrics which he describes as some of his unique selling points, while he

sings on the hook and still comes strong rapping on the verses.

This first single of his, Bubble, is produced by enigmatic producer and singer, Samklef.

Skool Boi started a career in music at a tender age of nine but took it professionally this year.

Born Kelvin Chinonso Udeh in Isolo, Lagos on 18 October, 1990, Skool Boi has thrilled many audiences around Nigeria with his unique rap style and charm on stage. He is officially signed on to Jomani Entertainment.