Xty Essien's Last Wish: Don't Put Me In The Morgue 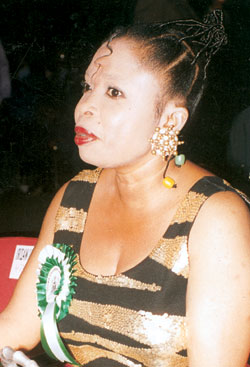 The first son of the late Christy Essien-Igbokwe, Obiora Chukwu Emeka, has said that the remains of the deceased may not be preserved in the morgue.

In a chat at the deceased singer’s home, Obiora said that one of the death wishes of his late mother is that her body should not be desecerated by keeping it in the mortuary.

Neither Obiora nor the Chairman, Burial Committee, Pastor Obike Romeo, disclosed how her body is preserved as they said it is a family affair.

Citing the example of the late Christy’s mother who requested that she did not want to be put in the morgue, Obiora said “thank God she was preserved till the burial date. My mom was a special being and that was her wish.”

He told P.M. Entertainment further that his mom had predicted that she would not spend more than half of a century on earth but they did not take her seriously then.

Meanwhile, the Burial Committee has fixed 9 September, 2011 for the burial of the Lady of Songs.

Although the full arrangement and programme are yet to be released, P.M. Entertainment gathered that the Federal Government and at least five state governors will be part of the event.