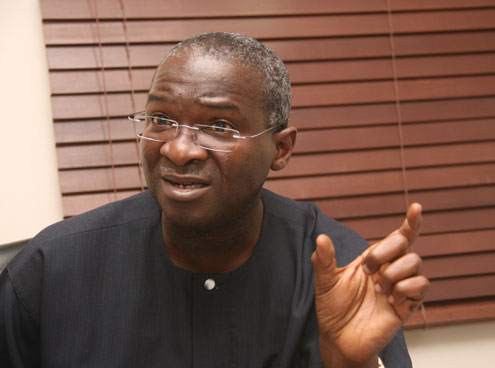 Members of the Lagos State Executive Council and Permanent Secretaries in the State Public Service on Saturday rounded off a three-day retreat with the State Governor, Mr Babatunde Fashola (SAN) declaring that the new team is ready to hit the ground running.

Governor Fashola who spoke with newsmen after the closing ceremony of the retreat which was held at the Golden Tulip Hotel, Amuwo Odofin, added that what the retreat has sought to do was to seek ways of getting the members to work closer together and know each other more quickly.

He added that with the holding of the retreat, government was going back to the basic rule of team building which is very critical and which constitutes rules that have worked in the past for the administration as a similar retreat was held in the Lagos State Tourist Resort in Akodo for those in the Class of 2007-2011.

â€œWe are familiarizing them with their obligations under the law. Many of them who have been in private practice before are coming into government and becoming public officers at the level of the State Executive Council which also means that they are politically exposed persons and that comes with its own incidents under the lawâ€, the Governor added.

The members who took part in the Year 2011 retreat, with the theme: â€œLeveraging on Current Achievements for a Brighter Rewarding Futureâ€ agreed that the seminar has been educative and engendered bonding and team spirit and resolved to apply the knowledge gained in the day to day running of their offices while eschewing rancour, conflict and being guided by the vision and mission of the State Government.

Governor Fashola later presented plaques of honour to the two lecturers on the final day namely, Professor Yemi Osibajo (SAN) and Mr Kola Awodein (SAN) at the ceremony which had in attendance the Deputy Governor, Hon Adejoke Arelope Adefulire amongst other members of the State Executive Council and Body of Permanent Secretaries.

Earlier, the Governor had declared open the new Golden Tulip hotel, which was formerly known as Durbar Hotel, Amuwo Odofin which was re-opened for customers in January 2010.

Governor Fashola who was represented by his Deputy, Hon Adejoke Orelope -Adefulire in her address expressed the readiness of the State Government to continue to develop critical infrastructure and partner with the private sector to attract more investments to Lagos State.

She said just as many hospitality outfits from outside the Nigerian shores like Radisson, Four Points by Sheraton and Oriental among others in Nigeria with their investments more rooms exist for similar investments to create jobs for the people.

The Deputy Governor said hospitality outfits like the new Golden Tulip Hotel which is sited on the Lagos-Badagry axis offer opportunities for them especially with the on-going Lagos Light rail project which will pass through the area.

Mrs Adejoke-Adefulire later cut the tape to declare open the hotel which is owned by United African Property Development Company to the admiration of the guests present at the ceremony.