Blessing Effiom Returns With Two Brides And A Baby 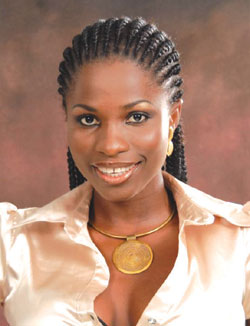 Former model turned movie producer Blessing Effiom is back. She has concluded plans to release her new movie Two Brides And A Baby, a movie she has taken time to package for cinema release soon.

It also features established stars such as Stella Damasus, Kalu Ikeagwu, Chelsea Eze, Okey Uzoeshi, Kenny Bankole and Blessing Effiom herself to mention a few. It was shot in Lagos and directed by Teco Benson.

The movie saw Kole (OC Ukeje) and Keche (Hewatch) making a chance to showcase what they thought would be a perfect union, planned for a beautiful wedding and hoped for a happy life thereafter, but before the nuptial an unexpected scenario happens. Now, they must together fight for what they believe in or forever lose their hope of a happy life together.

According to Blessing, Two Brides And A Baby, will be released in cinemas in November. She said this will be preceded by a 5-Star premiere of the movie at the Silverbird Galleria soon. â€œThe movie will definitely do well because of its theme. We had taken our time to package the movie very well and I am sure it will be entered for many international festivals and surely make Nollywood proud,â€ she explained.

Blessing has featured in movies such as The Rivals, Before The Vow, After The Vow, African Queen and Working The Lane.