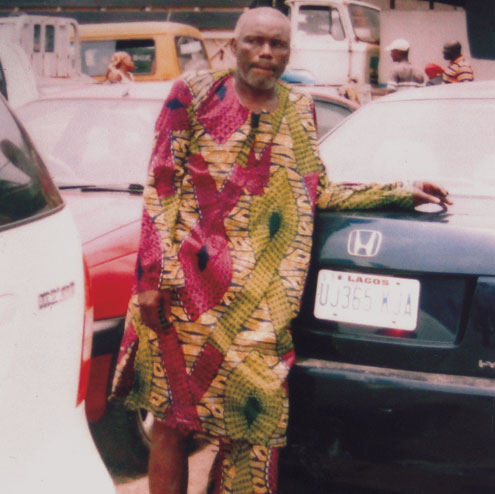 The incident occurred at Ajah, Eti-Osa, Lagos State by 5:30 am while the police arrested the suspect and recovered the stolen vehicle from him at about 8.30 am same day in Ibadan, Oyo State capital, Southwest Nigeria.

The police alleged that the suspect, Olusegun Ofolorun, was arrested following a distress call from an Ajah resident Adebanjo Jimoh that a gang of armed robbers had snatched his Honda Accord car with registration number UJ 365 KJA at about 5.30 am at his residence, Williams Estate, Ajah.

Following the report, the police swung into action and intelligence report led them to Ibadan where they arrested the alleged ringleader of the armed robbery gang and the stolen car was recovered from him while others reportedly escaped.

During interogation, he allegedly confessed to the crime and was charged before the Igbosere magistrateâ€™s court on a two-count charge of felony to wit, armed robbery.

The offences, according to ASP Raymond of Force CID Annex, Legal Section, Alagbon, are punishable under Section 6(b) and 1 (2) (a) of the robbery and fire arms (Special Provisions) Act Cap R11, laws of the Federation of Nigeria 2004.

The two count charge read that: â€œYou Olusegun Ofolorun and others still at large, at 1, Oriba Samsudeen, Williams Estate, Ajah in the Magisterial District while armed with dangerous weapons did rob Adebanji Jimoh of his Honda Accord car with registration number UJ 365 KJA.â€

She directed that the case file of the accused be sent to the Office of the Directorate of Public Prosecution, DPP, for advice.

She ordered the accused remanded in prison custody and adjourned the matter till 9 August 2011 for mention.

Meanwhile, residents of Ajah and its environs have commended the new CP in charge of FSARS Adeniji Adele Street, Lagos, CP Mark Idakwo, for rising up to the expectation of the residents of Ajah in crime prevention and for providing maximum security for them.

Those who spoke with P.M.NEWS about the new CP said since he assumed duty he has been proactive in security matters in Ajah area and its environs and urged him to continue in that regard.